‘Northeast no more a neglected region’

Bodo Accord signed bringing all stakeholders together with sincere effort to resolve decades-old crisis, says Modi 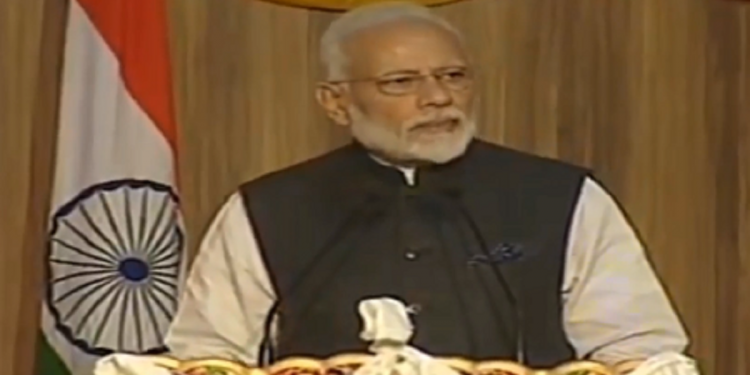 Northeast is no more a neglected region, said Prime Minister Narendra Modi on Thursday in Parliament.

Replying in his reply in Lok Sabha to the Motion of Thanks to the President’s Address, Modi said, “People in the Northeast now do not feel that Delhi is a distant place.”

“Now the government is at their door step. Our ministers and officials are regularly visiting the region,”he added.

He said thanks to the efforts of the Government, work has been done in several sectors and that today the Northeast is a major growth engine of the country.

The Prime Minister said his Government worked on providing electricity, railway connectivity, mobile connectivity and various other aspects of development of the region.

Referring to the recently signed Bodo Accord, the Prime Minister said it had been done by bringing on all stakeholders together with a sincere effort to resolve the decades old crisis.

Modi also said mere procrastination of the issue resulted in the deaths of at least 40,000 people in the decades old unrest.

Modi said, “However this time we have brought all the stakeholders together and the accord is clear that there are no more pending issues of the crisis.”