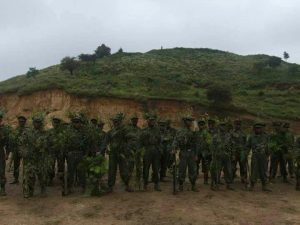 CorCom and ULFA(I) had been jointly operating in East Assam.

Some PLA cadres had lost their lives fighting the Indian Army in Assam.

It is mentioned that the militant groups of the north-eastern region continue their arms training at various places.

A year before on that day, to carry out national liberation movement through armed training, the PDCK raised its own army known as RED ARMY. 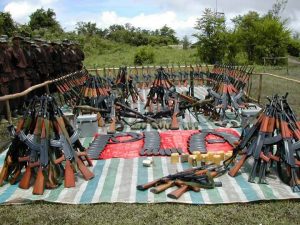 According to their statement, under a group of competent instructors, namely self-styled 2nd Lieutenant Sithung of NLFT, self-styled Sergeant Major Sintha and self-styled Private Tikendrajit of KYKL, Sergeant Major Momo of NSCN, Sergeant Major Pavel Koch of KLO and Sergeant On Teron of PDCK, the first batch of the armed wing of People’s Democratic Council of Karbi Longri (PDCK) took rigorous military training which starting from February 1, 2017.