WHO report pegs annual road crash fatalities in India at almost 3 lakhs, the highest in the world 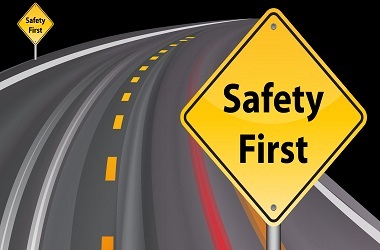 A coalition of road safety activists has urged the Road Transport and Highways Minister, Nitin Gadkari, to ensure passage of the Motor Vehicles Amendment Bill, 2017 in the Winter Session of Parliament.

The Rajya Sabha, where the Bill is pending, has been largely non-functional due to disruptions by some opposition MPs, road safety activists have bemoaned the apathy of the government in trying to reach an agreement to make sure the Bill is tabled.

“What is most troubling is that more than half-way through the session the Bill has not even been listed once”, said Ashim Sanyal of Consumer VOICE. The road safety network, a national coalition of road safety NGOs, has been in constant touch with officials of the Ministry as well as opposition MPs.

“The opposition is concerned about some of the clauses in the Bill but is in full support of the provisions that will strengthen road safety. Sadly there seems to be no effort on the part of the Ministry to iron out the differences and ensure passage of the Bill”,” said Ranjit Gadgil of Parisar.

Recently the WHO released “The Global Status Report on Road safety 2018”, which pegs annual road crash fatalities in India at almost 3 lakhs, the highest in the world. “This is a staggering number given that India only has 2% of the global vehicle population”, said George Cherian of CUTS International, a member of the coalition.

Advocate Ajoy Hazarika, Secretary Consumers’ Legal Protection Forum said “The Motor Vehicles Amendment Bill is seen as a much-needed fix for the Motor Vehicles Act of 1988 whose outdated provisions are failing to ensure strong enforcement and deterrence of egregious traffic violations. This road safety bill promised by the Government is yet to see the light of day. We are humbly requesting the government to pass the Motor Vehicle Amendment Bill 2017 in this winter session of the Parliament