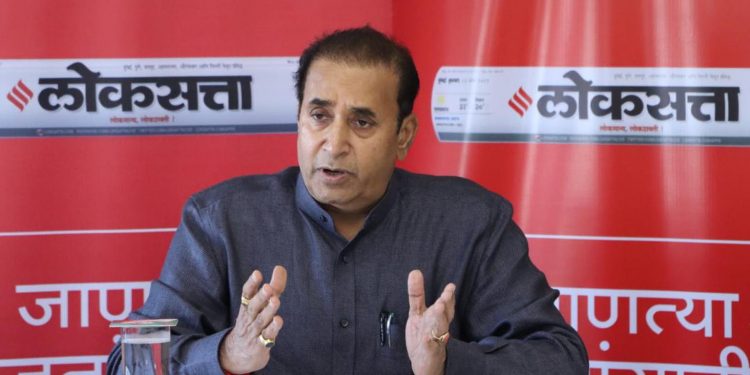 There is no Muslim person among the 101 persons arrested in connection with the Palghar lynching, said Maharashtra home minister Anil Deshmukh on Wednesday.

“In connection to the Palghar lynching, the police so far have arrested 101 persons and none of them is a Muslim. The opposition is trying to give a communal colour to the entire incident,” Deshmukh alleged in an address via Facebook.

He further said that some people are seeing a pipedream and said this is not correct.

“This is not the time to play politics. We should fight coronavirus collectively,” Deshmukh further said.

On April 16 night, three men- two seers and their driver – were going from Mumbai towards Surat in Gujarat to attend a funeral when their vehicle was stopped near a village in Palghar district.

The three men were dragged out of the car and lynched by a mob on suspicion that they were child-lifters.

The deceased have been identified as Chikne Maharaj Kalpavrukshagiri (70), Sushilgiri Maharaj (35), and driver Nilesh Telgade (30).

A high-level probe into the incident has already been ordered by the Maharashtra government.

Two policemen from Palghar have also been suspended for alleged negligence of duty.