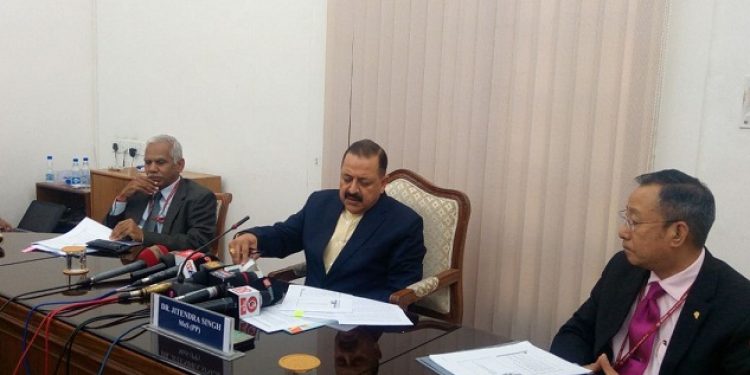 NITI Forum for North East will sit for its second meeting in Guwahati on Tuesday to discuss a wide array of issues related to five core sectors of the north-eastern region.

An official statement while notifying this also stated that Vice Chairman of NITI AAYOG, Rajiv Kumar will chair the meeting while Minister for Development of North Eastern Region (DoNER) Jitendra Singh will co-chair it.

The meeting will mainly focus on issues pertaining to five prime sectors of the region – tourism, bamboo, dairy, fisheries and tea, the statement added.

It may be recalled that the first meeting of the NITI Forum for North East was held on April 10 early this year in Agartala where several crucial issues pertaining to the north-eastern region were discussed.

Notably, the Central Government has setup the NITI Forum for North East to monitor the developmental activities in the landlocked region in February earlier this year.

The Forum was also expected to identify various constraints and to recommend suitable interventions for accelerated, inclusive but sustainable economic growth in the north-eastern region.

Significantly, the Centre has also earlier amended the Indian Forest Act, 1927 and excluded bamboo from the category of tree which now provides freedom to cut, transport and use bamboo found abundantly in the north-eastern region and is used extensively in various handicraft products.