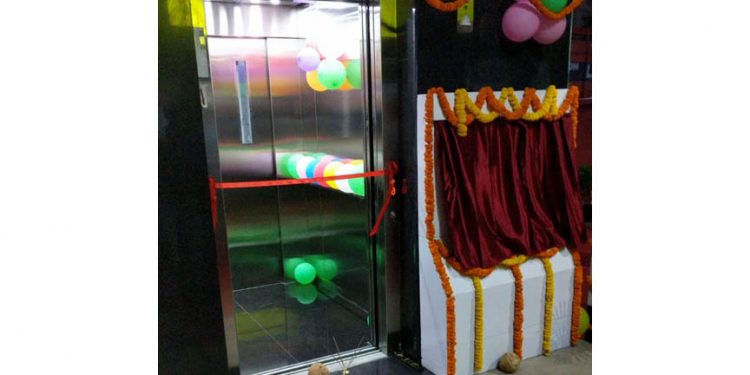 A lift for passengers was inaugurated at the Tinsukia railway station on Friday.

The lift was commissioned by the Northeast Frontier Railway (NFR), which is the first such lift in NF Railway.

This is a part of the initiative of NFR to  improve passenger amenities and make train stations more commuter friendly.

As a part of the plan, seven new lifts have been targeted for commissioning by September this year during the first phase of the project.

During the second phase, 12 new lifts are planned to be provided.

The second phase commissioning is expected to be completed by October end and will cover the railway stations at Guwahati, Kamakhya, Lumding, Tinsukia, Dibrugarh, New Coochbehar, Kishanganj and Katihar.

Also the Railway Board has sanctioned another 24 lifts which will be provided at important stations of the zone later during the fiscal.

NFR is also planning to install escalators in major stations. At least 18 new escalators across the zone will be commissioned by December this year.

The Northeast Frontier Railway, is one of the 17 railway zones in India. Headquartered in Maligaon, Guwahati in the state of Assam, it is responsible for rail operations in the entire Northeast and parts of West Bengal and Bihar.