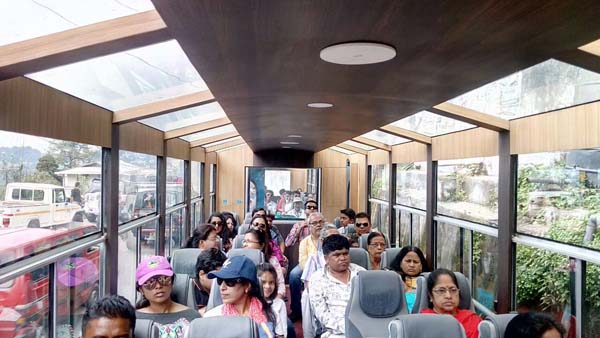 NF Railway has added a Vistadome coach in the Darjeeling Himalayan Railway (DHR).

NF Railway has more on the pipeline to give tourists a new experience in World Heritage Darjeeling Himalayan Railway.

The Vistadome coach can accommodate 40 people and the project was a first-of-its-kind in India.

One of the stand-out features of the Vistadome coaches is the glass roof can be made transparent for the passengers to get a panoramic view of their journey. In case passengers want a better view, they can head to the special observation lounges.

All the seats in the vistadome coaches are rotatable with pushback chairs.

The Darjeeling Himalayan Railway, also known as the DHR or Toy Train, is a 2ft (610 mm) narrow gauge railway based on zig zag and loop line technology which runs between New Jalpaiguri and Darjeeling in the West Bengal. The UNO had declared DHR as a world heritage site.

It is operated by Northeast Frontier Railways.