Imran Siddiqui alias Imran Khan, one of the “middlemen” for transporting four juvenile elephants to Ahmedabad, is well networked.

Assam Forest Department granted permission for transportation of four juvenile elephants from Tinsukia in Upper Assam to the Jagannath Temple in Ahmedabad.

Animal rights activists are opposing the move claiming that it is totally wrong to transport elephants amidst the heat wave in North India. Two cases have also been filed in the Gauhati High Court.

Also Read – Babulal is not ‘captive born’ elephant, and was caught from jungle.

Imran Siddiqui’s name cropped up in the elephant transport controversy as a “middleman”.

In addition to Imran, the other “middleman” in sending four elephants to the Jagannath Temple in Ahmedabad, is Hukumdar Khan alias Munna Khan of Tinsukia. 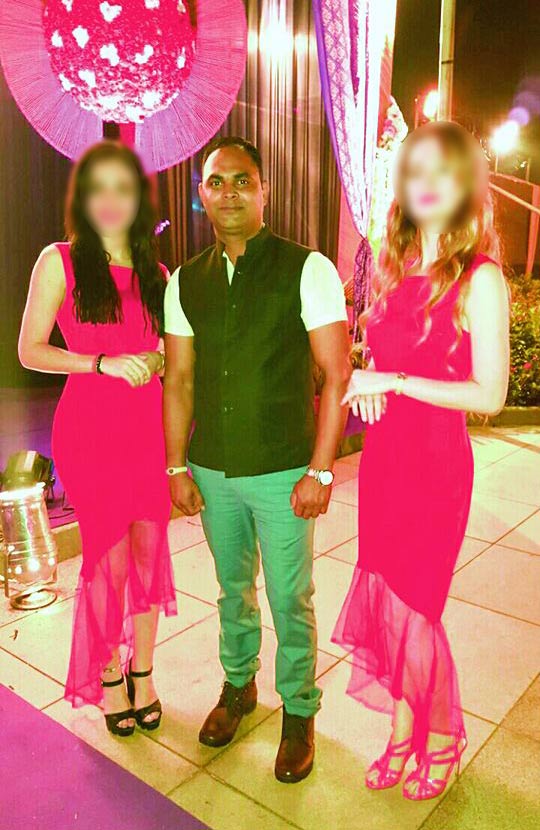 In June 2016, Mumtaz Siddiqui was arrested from Borhapjan in Tinsukia district for his involvement in the smuggling of elephants from Assam to other states.

It was widely reported in the media in Assam that 67-year old Mumtaz had illegally sold 12 elephants from the Charaipung Reserve Forest to Bihar, Gujarat and Kerala.

Mumtaz Siddiqui has been running the illegal elephant trade in connivance with a section of corrupt officials.

And, Imran is reportedly smarter than his father.

There are reports that Imran has some connections in Bhopal, and is well networked in the corridors of power in New Delhi as well.

The smart entrepreneur from Doomdooma is also in close touch with a section of top honchos of India’s corporate world. He has the habit of photo ops in posh hotels, social parties, and even with celebrities.

According to reports compiled by the enforcement agencies, Imran is a widely travelled person, and is well connected with people engaged in elephant trade in Bihar and Uttar Pradesh.

Interestingly, Imran Siddiqui alias Imran Khan had contested the Assam Legislative Assembly election in 2016 from Digboi as a candidate of the Bharat Vikash Morcha.