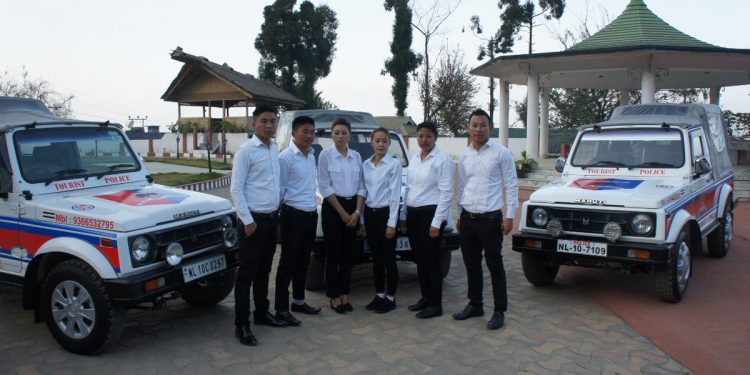 Nagaland Chief Minister Neiphiu Rio on Monday launched the Nagaland tourist police at police headquarters in Kohima to ensure a safe and friendly environment to the tourists during Hornbill Festival, starting from December 1, at Kisama, near Kohima.

Nagaland is the second northeastern state to launch the tourist police after Arunachal Pradesh.

Rio expressed his happiness at the launch of the special tourist police squad.

“Happy to launch @NLTouristPolice who will be responsible for ensuring a safe & secure celebration during the #HornbillFestival. With a strength of 50 female & 23 male personnel, the squad will ensure that guests are received well & they’re available 24×7 for emergency situations,” Rio said in his Twitter post after launching the special police squad.

The special squad — comprising 73 police personnel, including 50 women police from India Reserve Battalion — was given a specialized training for five days by the Nagaland police, along with the state tourism department, last week.

The state police also organized an orientation programme for the special police squad at the police headquarters in Kohima on November 17.

The tourist police have been introduced to protect and serve the tourists, build up their confidence, create hassle-free and memorable stay, avoid any harassment and help them on matters relating to passport, VISA, currency exchange etc., an official release stated.

The special police squad is equipped with the knowledge of the Naga culture to provide proper information to the tourists.

Nagaland director general of police T.J. Longkumer said the tourist police have been asked to deal strictly with anti-social elements to ensure law and order. He also directed them to be well dressed, courteous and give a more patient hearing to tourists.

The inspector-general of police (range), Sonia Singh, during the orientation programme on November 17, said the tourist police would be the face of Nagaland police with the motto — security, service and sacrifice.

She said an integrated control room would be set up to redress grievances while emergency contact numbers, maps for destinations and tourist spots would be uploaded on the state police website to assist tourists.

The tourist police personnel will be deployed in Dimapur railway station, Dimapur airport, Chumukedima police check gate and 12 sectors in Kohima. There will also be reception counters at the airport and railway station in Dimapur, Singh added.