While quoting the importance of waterways in the economy, the minister said that the cost of cargo transportation by waterways is one-fourth by train 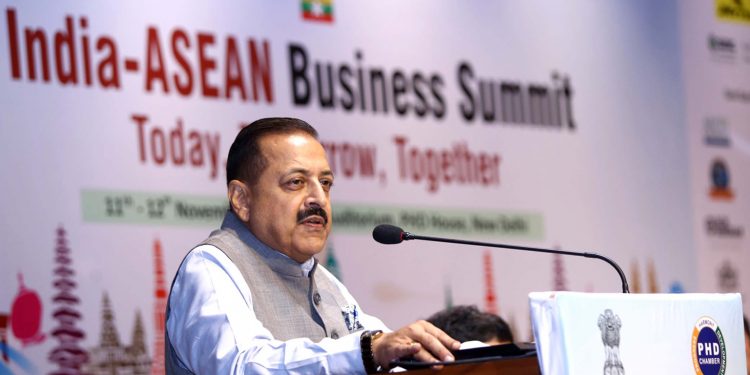 “Collaboration with ASEAN countries will play an important role in meeting the target of 5 trillion economy in India,” Singh said.

He was addressing the inaugural session of two-day India-ASEAN Business Summit in New Delhi.

“The contribution of Northeastern states can also not be underestimated in it,” he said.

Stating that NE has been the main focus of the current government, Singh said Sikkim got its first airport last year.

“Itanagar will also soon get an airport. We are in the process of flagging off the first train to Bangladesh from Agartala,” Singh added.

The Minister also mentioned the Inland waterways developed by the government down the Brahmaputra river, which is one of the largest rivers of the world.

While quoting the importance of waterways in the economy, the minister said that the cost of cargo transportation by waterways is one-fourth by train.

Speaking about the tourism potential of Northeast, the minister said that tourism has grown manifold in the recent years, especially with homestay tourism in the region.

“The government will set up a Films and Training Institute of India (FTII) in Arunachal Pradesh,” he said.

“Many initiatives have been taken to promote start-ups in Northeast, such as tax holiday, provision of exit period and ‘Venture fund’ which is being offered by the DoNER ministry,” Singh reiterated.