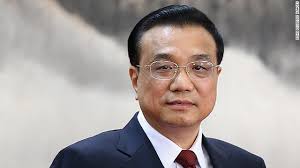 China on Sunday said it is ready to work with Southeast Asian countries for establishing peace and stability and resolving disputes of claims over the South China Sea.

Reports say China’s claims over a major part of the sea have caused heated arguments among its other claimants belonging to other parts of Southeast Asia.

During a meeting of the Association of Southeast Asian Nations (ASEAN) leaders in Bangkok, Chinese premier Li Keqiang cited progress on a long-awaited South China Sea code of conduct, due for completion within three years.

“We are willing to work with ASEAN, under the consensus that had been reached, to sustain long term peace and stability in the South China Sea, according to the timetable set for three years,” Li said.

The ASEAN nations had long been involved in talks for a code of conduct for the sea, where China is accused of deploying warships, arming outposts and ramming fishing vessels.