A total of 250 players from North Eastern States have participated in this prestigious championship. 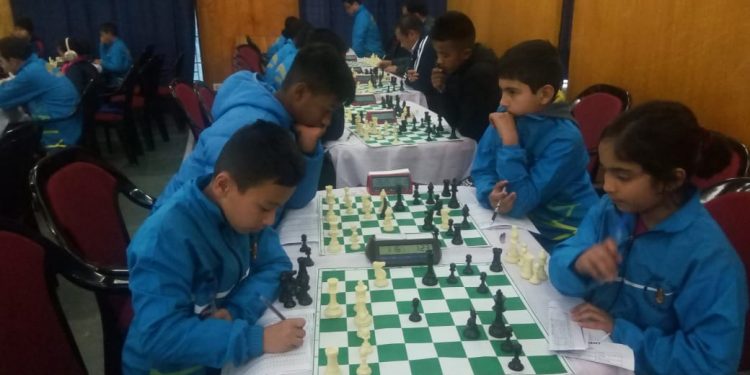 A total of 250 players from North Eastern States have participated in this prestigious championship. The six-day long championship is being organized by Sikkim Chess Association [SCA] under the aegis of All India Chess Federation [AICF].

The inaugural function of the championship has Upper Tadong Area MLA, Timothy William Basnett as the chief guest. He was accompanied by Sikkim Olympic Association president, BK Roka along with general secretary, Bharat Singh Chauhan and joint secretary, Atanu Lahiri from AICF among other dignitaries.

In his inaugural address, the chief guest expressed his best wishes to all participants in the championship. He encouraged players from Sikkim to give their best to keep the name of the State on the top. He further urged them to continue with their hardwork and practice to play in the national and international level competitions.

AICF general secretary stated that AICF has been committed to the development of the chess in the region. He informed to soon start the Smart Girl Chess Tournament. He also suggested SCA to come forward in organizing the national and international chess tournament in the state.

Speaking to media persons, SCA general secretary, Mahendra Dhakal stated that SCA was hosting this prestigious championship for the second time in Sikkim and the first time it was held in 2012. He expressed that such championship in the State would motivate young children in the game of chess and would help to bring out more national and international players from Sikkim.