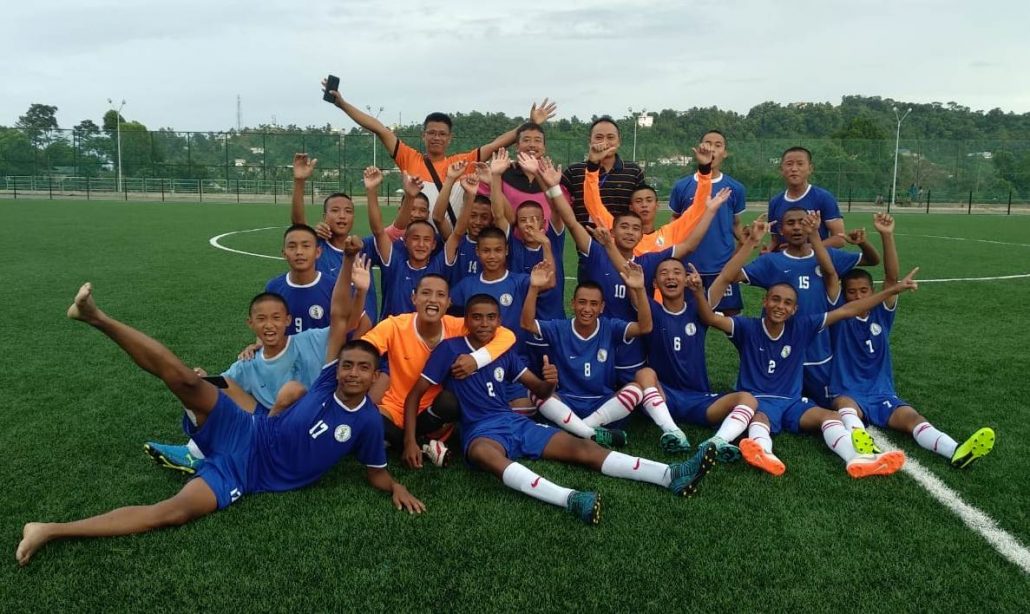 Defeating their arch rivals Manipur in the final league match of the ongoing Sub Junior Boys National Football Championship 2018 (North East Zone Qualifiers) by a convincing margin of 2-0 goals, team Arunachal has made it to the final rounds of the coveted tournament.

The match was played at Aizawl in Mizoram.

“It was a must win match for us and our boys showed strong mentality to register this fabulous win” said team head coach,” Rocky Ramching.

We will hopefully continue this form in the final round of the championship as well, he said.