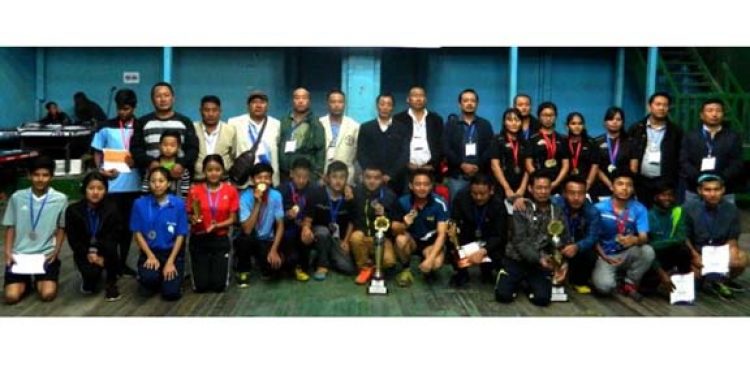 As per a report published by Eastern Mirror on Friday, in the men’s single category, Dijanglung Kamson beat Kevichatuo Liezietsu to take the title.

On the other hand, in the women’s single match, Ruokuolhonuo Rame and C. Denli Konyak emerged as the runners-up in the championship.

The youth single title was won by Meyinukshi Longkumer and Aochuba Jamir emerged as the runners-up.

In juniors single, Kanishq was declared champion while Lakshya emerged the runner-up.

The event began on October 17 with principal of Government Polytechnic, Kohima, Keyiekhru Rhiitso attending the valedictory function as the special guest.

Keyiekhru Rhiitso in his speech had mentioned that lack of infrastructural facilities should not be an excuse for not excelling in any professional career. He also reportedly said in order to excel, one needs to have a willing heart, right attitude and sheer will power and determination.

Rhiitso also gave away the prizes to the winners during the prize distribution ceremony.