The empty cases of bullets and the house damaged in the NSCN-K(YA) attack. Image credit - Northeast Now

Suspected cadres of the NSCN-K (YA) carried out attack on 40 Assam Rifles D-Coy Camp at Chenloisho village in Mon district near Indo-Myanmar border in the wee hours on Sunday.

The attack took place at around 2 am.

No casualties have been reported, however, three persons including an Assam Rifles jawan and two civilans received minor injuries in the attack.

The injured civilians including a woman are being treated by Assam Rifles doctors, said reports.

They received injuries in their hands.

According to information, the village guards (VGs) and Gaon Burha recovered 75 empty cases of bullets during spot verification.

Holes were also seen on the CGI sheets of a house.

It has been alleged that the anti-talk faction of the NSCN carried out the attack on the security force personnel to derail the ongoing Naga peace process which is heading towards a conclusion. 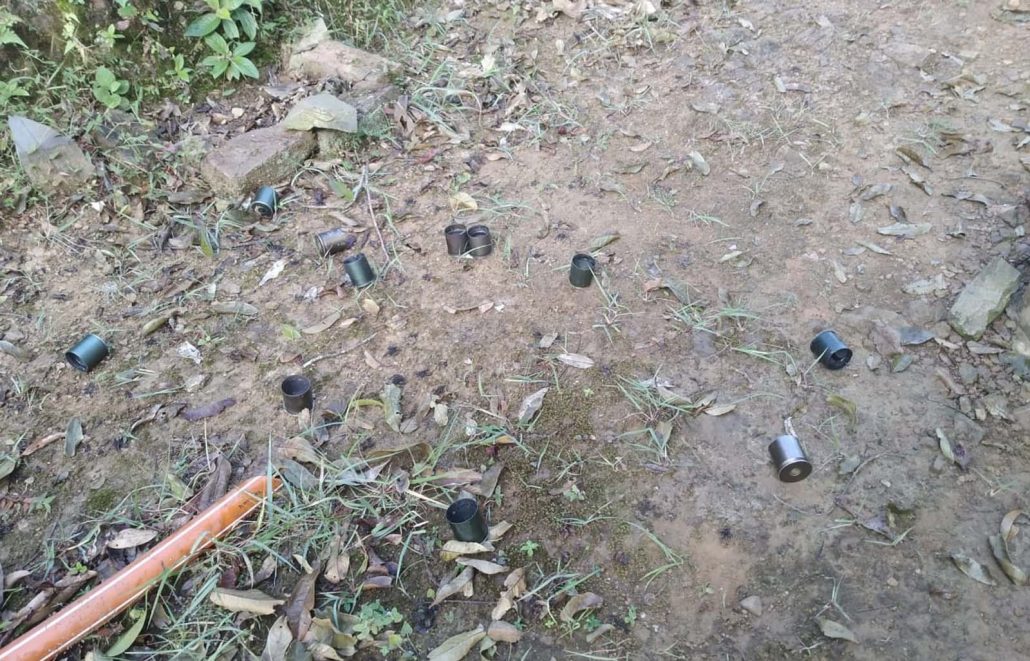 According to media reports, the alert Assam Rifles upon attack on its camp retaliated promptly and opened fire at the militants.

A media report quoted defence sources as saying: “The insurgents ran away after coming under immediate and accurate fire from Assam Rifles troops. No casualties or damage to the troops has been reported.”

According to defence officials, the action of the militant group is the fallout of desperation due to relentless operations being carried out by Assam Rifles troops and apprehension of its top leaders like SS Maj Gen Yanghang alias Mopa and SS Kilonser Imti Ao.

Yanghang was nabbed on June 21 last from Aboi-Mon road in Nagaland.  On the same day, a team of Assam Rifles also apprehended four other members of the Yung Aung faction of the NSCN (K).

Mizoram: Doctor arrested in molestation and attempt to murder case