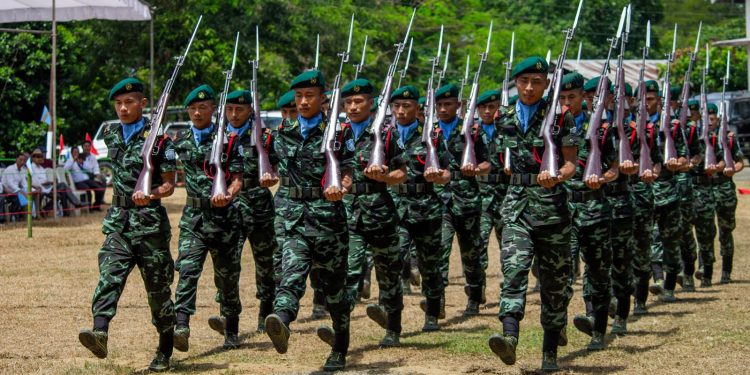 Caught in the whirlpool of 23-year-long pace process, the NSCN (IM) has fired a salvo at New Delhi and said ‘unrestrained excessive activities of NIA’ may force them to withdraw ceasefire, and resume its ‘violent armed conflict’.

The Ministry of Information and Publicity of NSCN (IM) on Sunday evening issued a press release and alleged that during the last two decades of ceasefire, there has been innumerable violation of Ceasefire Ground Rules by the security forces.

The NSCN (IM), which is in the peace mode since 1997, expressed serious concern with the National Investigation Agency (NIA).


“The NIA has been acting with impunity and intensified its activities particularly after the ultimatum served by the GoI interlocutor in July, 2019,” the Naga insurgent outfit claimed.

The NSCN (IM) claimed the NIA action was ‘deliberate rejection of the FA (Framework Agreement) principle wherein the sovereign rights of the Naga people to use its national flag and constitution has been officially acknowledged’.

“The agency (NIA), while protecting criminals, are implicating members of the NSCN within India’s law and Order Acts and Regulations,” the NSCN release, said.

The NSCN (IM) claimed that the press statement was issued “in view of the urgency to save the political dialogue instead of creating distrust at this stage and demolishing the political negotiation”.

The insurgent outfit raised the issue of the recent case of arrest of Alemla Jamir, wife of Phungting Shimrang, former commander-in-chief of NSCN (IM), and raised serious concerns.

The NSCN (IM) claimed Alemla Jamir is a cabinet kilonser (cabinet minister of NSCN-IM), and the charges against her of ‘terror funding’ has come as ‘total shock and surprise’.

It is apparent that Alemla Jamir’s arrest was ‘tit-for-tat’ on part of New Delhi, after Phungting Shimrang, under mysterious circumstances went underground, and claimed to have reached China, seeking support.

But, the NSCN (IM) has taken serious note of Alemla Jamir’s arrest under the Unlawful Activities (Prevention) Act. Alemla was detained at Delhi airport with huge cash, and later arrested by the NIA.

The Naga insurgent outfit claimed a MoU was signed on November 18, 2002 at Milan in Italy between Government of India and the NSCN, wherein it was agreed to lift the ban on NSCN under the Unlawful Activities (Prevention) Act.

“However, of late the activities of GoI intelligence agencies, particularly the NIA, has definitely created trust deficit in the minds of the Nagas and the NSCN,” the outfit claimed.

Accusing New Delhi of adopting a ‘carrot and stick’ policy, the NSCN said, “We doubt the sincerity of the GoI in concluding an acceptable and honorable political solution”.

It is definite that the NSCN (IM) is frustrated with New Delhi’s approach, and said political dialogue can only move forward in the spirit of ‘mutual trust and understanding’.

Meanwhile, there are signs that the NSCN (IM) is ‘getting ready’ to end the ceasefire.

There are reports that about 400 NSCN (IM) cadres, under the command of Hangshi Ramson Tangkhul, are in a camp at the Somra Tracts in Myanmar.