NDPP seems to be going hammer and tongs after the opposition, says NPF 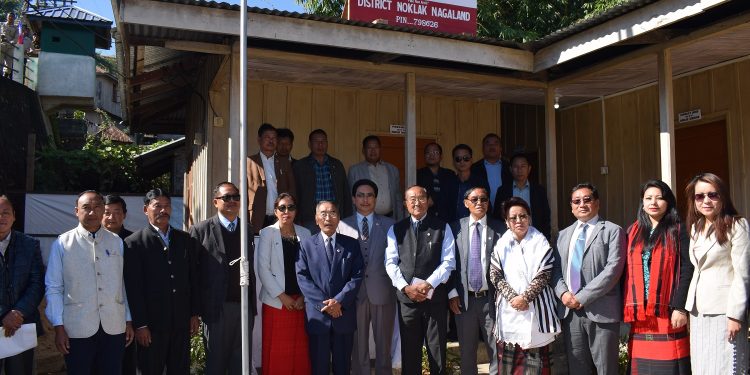 The Opposition Naga People’s Front (NPF) asked if the ruling NDPP government expected it to remain a mute spectator to the alleged misdeeds of the government.

The NPF in a statement on Thursday said the NDPP seems to be going hammer and tongs after the opposition for every positive criticism that it cannot digest.

The NPF said it had raised some matters of public importance for clarification like the tall promises of the NDPP-led PDA government on good roads and many other pertinent issues concerning the development of the state as well as the state exchequer.

However, instead of clarifying, the NDPP wanted to “revisit the omen work and horror movie alike” created by their leader out of frustration, NPF said.

It added the government was playing less heed to the ongoing works and had also failed to bring any notable new projects.

“Instead of working out for their rudderless and paralysed government, the NDPP is sheltering their mouth by diverting to the pertinent issues of the state,” it said.

On November 19, the NDPP said the Opposition NPF should speak about its own leadership and accept its failure to provide a stable government in the last four years of running the state before levelling allegations about negligence of the PDA government.

The NPF said the NDPP rightly pointed out that the NPF led Democratic Alliance of Nagaland-III government faced a “tumultuous” and “war-like situation” in the state.

“Despite all these challenging situations and political crisis in the party, the highest infrastructural developments had taken place in the state which is visible on the ground,” the NPF said.

Stating that the Naga public was not blind, the party said the crisis and the worsening situation was created by an “unscrupulous leader who had the money to pay off huge mob from within the party”.

“No names need to be mentioned but it goes without saying that several unusual crises were created within the party functionaries’ setup funded by a frustrated leader,” it said.

It accused the NDPP-led PDA government of trying to break the lone opposition party workers and its legislature wing instead of focusing on governing the State.

“The achievement made by the NDPP in breaking other coalition partners is also remarkable,” it said.

The NPF cited that the National People’s Party and JDU were pre-poll alliance of NPF but immediately after the election, the NDPP managed to capture the MLAs of both the parties along with party workers.

Subsequently, the NPF said, the MLAs of both the parties merged with NDPP while their party functionaries were shunted out from government and the PDA coalition.

“This is how the NDPP leadership played their political game which is undemocratic and unbecoming,” it added.