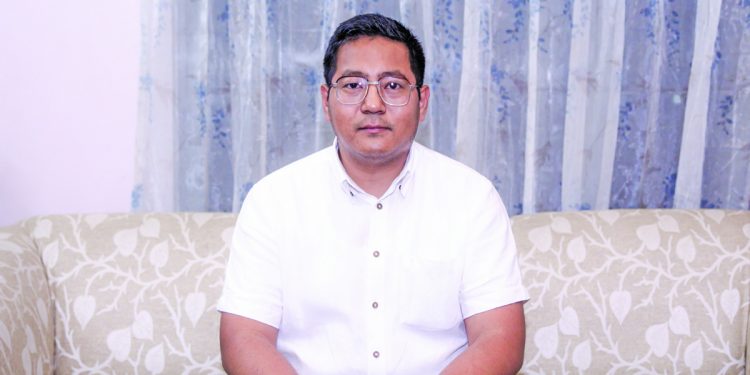 The Opposition Naga People’s Front (NPF) expressed concern over the alleged refusal to include its proposals for discussion in the upcoming 6th session of the 13th Nagaland Assembly by Speaker Sharingain Longkumer.

The NPF said it requested the Speaker at a meeting on Monday to accommodate its proposals for one-day discussion on Naga political issue, COVID19 and Securitisation and Reconstruction of Financial Assets and Enforcement of Securities Interest Act (SARFAESI Act) 2002 during the forthcoming session.

But the request was turned down for reasons best known to the Speaker and the present government, the NPF said in a statement issued by its MLAs Chotisuh Sazo and Amenba Yaden,party.

Speaker Longkumer is also the chairman of the Business Advisory Committee (BAC).

The BAC convened the meeting in the Assembly Secretariat to finalise the provisional programme for the session.

The NPF said the refusal by the Speaker to accept such significant issues of public importance for discussion is an insult to the dignity and democratic principles of the Nagaland Legislative Assembly.

“If such pertinent issues do not find space for discussion on the floor of the Assembly, when and where will such matters be deliberated?” it asked.

“This repugnant act of the Speaker and chairman of the BAC to accept our proposal is discriminatory, unfair and unacceptable,” the NPF said.

According to the Opposition party, the Naga political issue is at a very crucial stage and the Nagaland Assembly needs to deliberate on the issue more than ever because after 23 years of political dialogue, “we cannot afford to speak in different voices”.

Saying that the negative effects of COVID19 are being witnessed in the state, the NPF said it is the duty and responsibility of the legislators to discuss on measures and find out ways and means to alleviate the pain and suffering of the citizens.

It added that deliberation on the SARFAESI Act is equally important because to kick-start economic growth in the state after several months of lockdown, loans from banks are a pre-requisite.

The party recalled that the matter was earlier dismissed from being discussed during the 5th session after it was finalised by the BAC and added that the same has been dismissed from inclusion in the list of business on Monday.