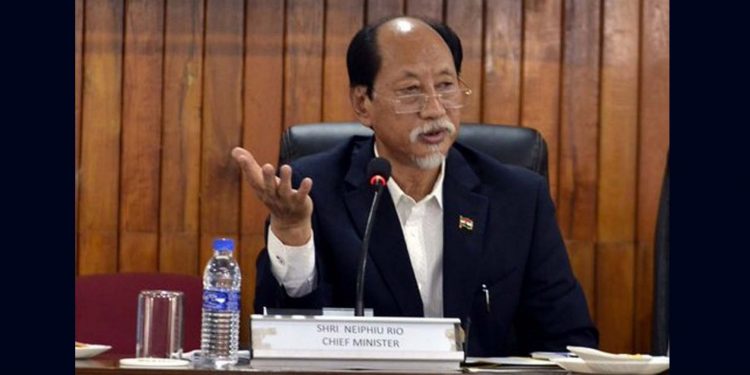 The ruling Nationalist Democratic Progressive Party (NDPP) on Monday condemned the statement made by one Pankaj Gupta against the Nagaland government.

The party urged the authorities to book him for making seditious and malicious allegations against the government.

“A person who is living beyond the boundaries of the state of Nagaland has no moral right to judge and speak about what is or is not happening in the state,” the NDPP said in a release.

On Sunday, Gupta circulated a video of his on social media leveling allegations of misappropriation of funds meant for Covid-19 by the state government.

“If the person concerned is so sure of the allegations he has made, what is stopping him from facing and challenging the government instead of insinuating himself behind closed doors in  the comfort of his home without stepping into Nagaland while making up stories in his imaginary world,” the party asked.

The NDPP said it was astounded by the baseless and confounded allegations made by Gupta, which is being circulated on social media, against the People’s Democratic Alliance government.

It is astonishing that questionable people like Gupta are taking to social media to spread false and malicious allegations against the state government when the whole world is working towards protecting itself from Covid-19 pandemic, the party said.

It added that during such crisis, it is easy for people to comment and propagate baseless and fabricated statements from the confines of their homes without realising or acknowledging the sacrifices the government and the frontline workers are putting in to safeguard the citizens.

Such irresponsible statements by people like Gupta demean and insult the hard work and efforts of the government and all those in the frontline, it said.

The ruling party also called the recent attacks on chief minister Neiphiu Rio and the state government by the Nagaland Pradesh Congress Committee (NPCC) “most unfortunate”.

A party which been outrightly rejected by the people of the state and has no elected representative in the Nagaland Assembly should first realise its failures in addressing the needs of the people when it had been at the helm of affairs in the state, the NDPP said.

What the successive Congress governments were doing when they were in power both in the state and in the centre, it asked.

“Perhaps the people of the state are facing these difficult times today due to the failure of the then Congress governments in providing and developing the medical and other infrastructures in the state,” the NDPP said.