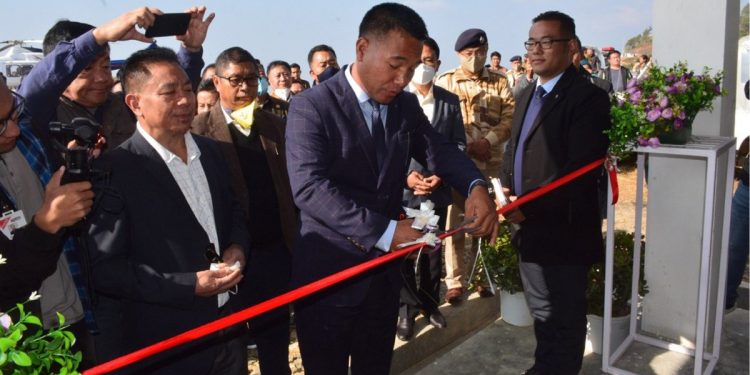 Zunheboto district of Nagaland got its first civil helipad on Monday.

Speaking to the media after the inauguration, Konya said the Nagaland Government plans to build civil helipad in all the districts of the State at the earliest possible time.

He said that besides the helipad in Zunheboto, civil helipads in Wokha, Tizit sub-division and Mokokchung have been completed and are due for inauguration on August 15 this year.

Stating that all interior places of Kohima district will also have civil helipads, he said the State Government will build an exclusive civil heliport in Dimapur.

“The Government is sincere on development of the State, but it is also the duty of every citizen to utilise the services provided judiciously,” Konyak stated.

He said despite the challenges of the weather conditions, the chopper services in the State will be of 1200 flying hours in a year.

He added that unlike other states, the Nagaland Government is providing twin engine choppers, keeping in mind the safety of the citizens of the State.

Speaking on the State Government’s passenger transport vehicles, Konyak said he is in talks with the Centre for improvement of Nagaland State Transport buses services in the state.