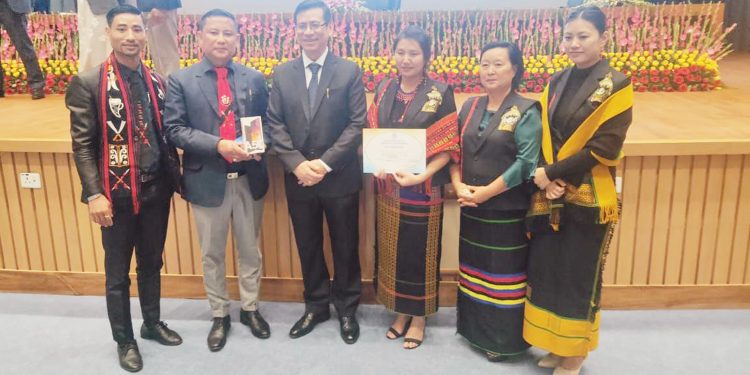 According to the Nagaland State Legal Service Authorities (NSLSA), Lotha actively rendered her services during Lok Adalats and spearheaded in organizing various legal awareness programmes in the districts.

Moreover, the lawyer has taken up many legal aid cases to people in the grassroots level and has also worked for the women and child rights.

The criteria for selecting the best panel lawyer was based on various parameters including ability to perform in range of activities, handling of legal aid cases, court performances and advocacy skills, participation in capacity building programmes, impact of work executed, assistance in outreach activities of organizational goals.

Union minister for law and justice Ravi Shankar Prasad was the chief guest at the event which attended the by Justice SA Bobde, Chief Judge of India designate and other dignitaries.

Panel lawyer Lotha was empanelled under Wokha District Legal Services Authority on November 24, 2017 and she was earlier conferred the best Panel Lawyer in the state, said a press release issued by the NSLSA.

Lotha stated that the platform given to her by the District Legal Authority is one without discrimination as opposed to the societal upbringing where as a family with six girls, her family, more so her parents had always been pressured to give lesser education to women, it added.