He was not only a friend of my late father but was a spiritual guide and a father figure to me: Nagaland CM 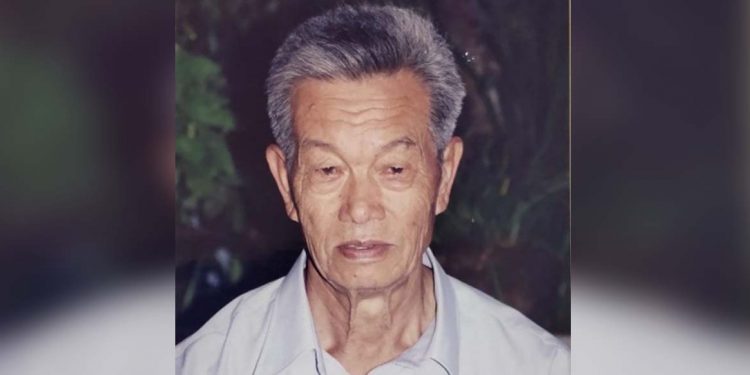 Former Nagaland MLA Rev. L Suohie Mhasi passed away in the morning on Wednesday at Kohima.

Mhasi passed away in Oking Hospital at around 11 am.

Nagaland chief minister Neiphiu Rio has condoled the demise of the former legislator and recalled his long association with him.

In his condolence message, chief minister Rio said:  “I am deeply saddened by the demise of the renowned nonagenarian Rev. L Suohie Mhasi who passed away this morning at Kohima at the age of 98.”

Late Rev. Mhasi was well known for his contributions towards society.

Mhasi started his career as a teacher in 1955 and held many important posts in the 1950s.

“During this period, he served as the president of the Angami Tribal Council and had the distinction of representing the Angamis to the final Convention of the Naga People’s Convention held at Mokokchung in 1959,” said Rio.

He participated in the first general election in 1964 but resigned en masse the same year.

From 1966, Mhasi served the Church ministry in various capacities.

“He was instrumental in hosting the Billy Graham Crusade in 1972 and served as the secretary of the Nagaland Peace Council in 1974,” chief minister Rio mentioned in his condolence message.

Thereafter Mhasi served for many years as the pastor of Rusoma CRC.

He was an enthusiastic and selfless social worker and held important posts in a number of organisations engaged in unity amongst the Nagas and welfare of the elderly.

He was an accomplished writer and published four books.

“I had a very long association with late Rev. L. Mhasi. He was not only a friend of my late father but was a spiritual guide and a father figure to me. He whole-heartedly supported me in my political journey,” said Rio.

“His enthusiasm did not fade even when he became physically weak,” the Nagaland CM said.

He remained intellectually active till the last moment and continued writing regularly in various newspapers.

Mhasi’s lifelong contributions to the society and the people of the state will always be remembered and will surely go a long way in bringing peace and healing to the state, the CM further said.

“He was a humble servant of God having dedicated his entire life towards serving God and humanity. In his demise, I have lost a father figure and a noble soul. His absence will be deeply felt by all of us,” said Rio.

The Nagaland CM expressed his “deepest condolences” to the bereaved family and prayed that Almighty God will grant them “comfort and solace” during the hours of this heartbreaking loss.

“May the departed soul rest in eternal peace,” Rio added.