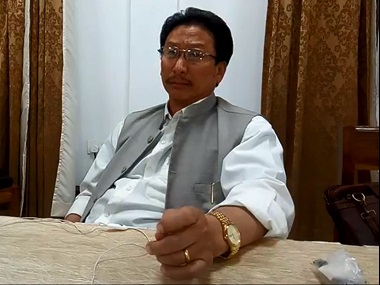 The NPF treated KG Kenye’s support to the CAB as an “anti-party activity” as it has been opposed to the NDA government’s decision to pass the bill to grant citizenship to the “persecuted” Hindu Bangladehis.

The NPF on Tuesday had invited KG Kenye to explain his position as to why he had voted in favour of the CAB in the Rajya Sabha.

The Disciplinary Action Committee of NPF on Wednesday, after going through the recommendations of the Central Executive Council found Kenye’s action to be “anti-party”, and decided to suspend him.

His resignation came a day after he was issued a show-cause notice by the NPF disciplinary action committee for voting in favour of the CAB in the Parliament.

Kenye had clarified that he had voted in favour of the Citizenship (Amendment) Bill, 2019 as it granted exemption to Nagaland under provision of the Bengal Eastern Frontier Regulation (BEFR) 1873.