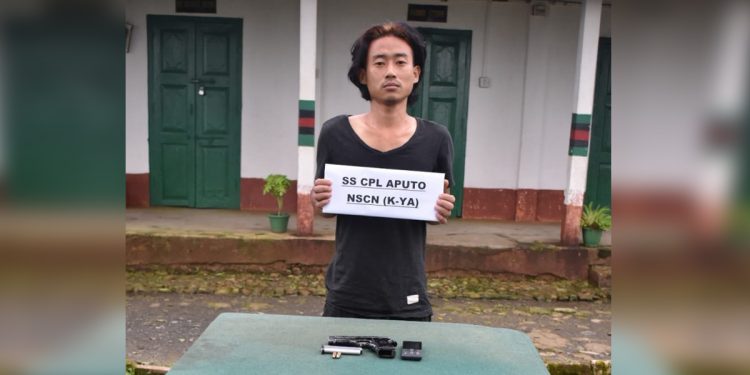 The security forces apprehended an active cadre of the NSCN-K (YA) from Alahuto colony in Zunheboto recently, the Assam Rifles said on Monday.

Based on specific input, the security forces launched an operation and apprehended self-styled corporal Aputo Awomi of NSCN (K-YA) and recovered one 9 mm pistol with two live rounds of ammunition.

In a press statement, the Assam Rifles said the apprehended cadre along with four accomplices had infiltrated to India from Myanmar in May.

One of his four accomplices was apprehended earlier in May.

He was handed over to the Zunheboto Police with the recovered arms.