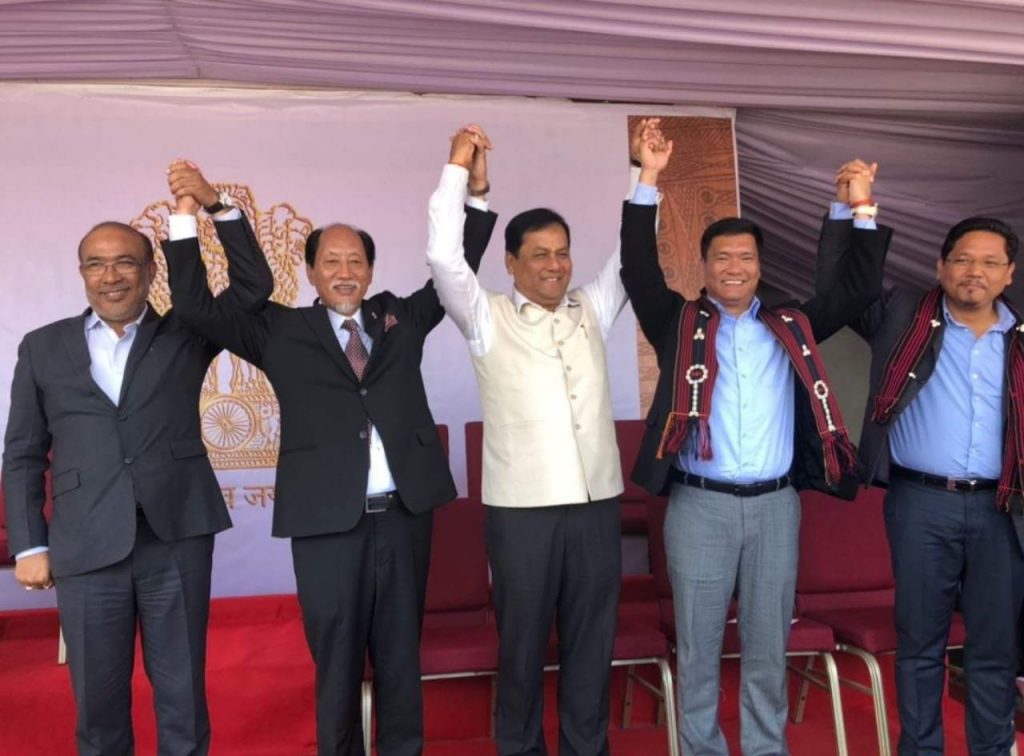 Earlier, the Nagaland state unit of the NPP had expressed its willingness to stick to its old alliance – the Naga People’s Front (NPF), the party.

With this, the strength of the Neiphiu Rio led People’s Democratic Alliance (PDA) government has risen to 34 MLAs comprising of Nationalist Democratic Progressive Party (NDPP) with 18 MLAs, Bharatiya Janata Party (BJP) having 12 legislators, Janata Dal-United (JD-U) having one, one Independent and now two MLAs of the NPP.

In a press note issued by NDPP media and communications committee, the party expressed its gratitude to NPP chief and Meghalaya Chief Minister, Conrad K Sangma and state NPP president, Ato Yepthomi for supporting the leadership of Rio and joining the coalition government.