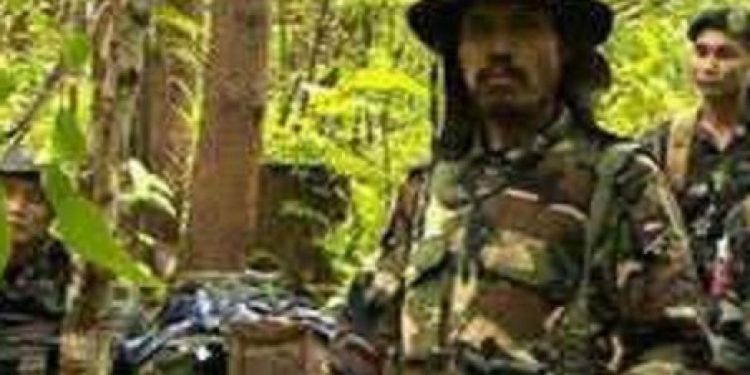 The NSCN(K) faction, led by Niki Sumi, on Wednesday decided to revive the ceasefire with the Centre with immediate effect by revoking the earlier decision of unilateral abrogation of it in 2015.

The militant group claimed its leaders have established contacts with the officials of the Government of India in this connection.

Sumi, who is the president of the faction, in a release, said the decision was taken to facilitate the peace process and keeping in view the desire of the Naga people, particularly the Naga civil society organisations and NGOs.

The NSCN group expected that the Government of India would honour its decision as a confidence-building measure in the larger interest of peace in Nagaland and the Naga people in general.

Sumi said the NSCN has been striving all these years to achieve an honourable and acceptable solution to the Naga issue.

He added that it is also conscious of the overwhelming support of the Naga people for an early solution to the long-standing issue.

The NSCN faction maintained that it is aware of the sincere and genuine efforts made by the Government of India to find a final and lasting solution to the Naga issue with the involvement of all the stakeholders.

It said it, therefore, has decided to strengthen and support the peace process at this crucial juncture.

Sumi was elected president of the breakaway faction of the NSCN(K) on December 18 after the post fell vacant following its former president Nyemlang Konyak joining the NSCN (Reformation) on September 26.

The Nagaland home department, in a notification, on December 18 said the Government of India declared the NSCN(K) along with its all factions, wings and front organizations, as an unlawful association with immediate effect.

The notification said the central government is of the opinion that the NSCN(K) is continuously aiming to create a sovereign Nagaland incorporating the Naga-inhabited areas of Indo-Myanmar region by secession from the Indian Union.

The Centre said the NSCN(K) is engaging in unlawful and violent activities thereby undermining the authority of the Government of India and the governments of Nagaland, Manipur and Arunachal Pradesh and spreading terror and panic among the people.

The outfit is aligning itself with other unlawful association like ULFA-I, Mettei organisations of Manipur and indulging in kidnapping for ransom and extortion of money from businessmen, government officials and other civilians, the notification quoted the Centre as saying.