Nagaland: All is not well at Hornbill Festival; complain foreign tourists 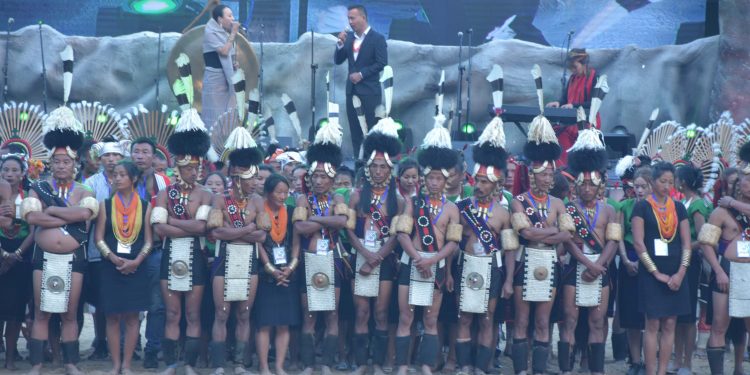 The on-going Hornbill Festival of Nagaland at Naga Heritage Village Kisama has attracted tourists in large numbers, both domestic and foreign. But are everything all right as far as facilities, related information and hospitality are concerned?

Discomforting questions loom large as Northeast Now is in possession of a couple of audio clips that go on to testify harrowing time for tourists – who are complaining in truckloads about utter mismanagement, sheer lack of proper information or if there are any the same are pathetically misleading and poor and ‘hostile’ hospitality.

An international visitor who identifies herself as Justin says that when asked for her feedback about the Hornbill Festival, she has only negative things to say, but for future ‘improvement’.

She has alleged that there are no proper information at the festival site for independent travelers like her or if there is any they are misleading.

She has also alleged that no one replies to the e-mails at the official website of the Hornbill Festival.

She further alleged that she has some across some unscrupulous travel agents who are charging ‘thousands and thousands’ of dollars, adding that very little of these money is ‘benefiting the country or the people of Nagaland’.

She felt she and her husband, who are independent travelers prefer for home stays and buy genuine home grown products which might prove beneficial for the local populace.

However, she acknowledged that she was lucky to come across a family in Kohima who have volunteered to play host.

She further complained that the programme schedule has been changed drastically this year without any prior intimation in the website as it is the only means of communication with foreign travelers.

She further said that she could manage just three days to come for the Hornbill Festival, and when she arrived at the venue on the opening day, the programme started only 4 pm in the afternoon which is a deviation from earlier occasions.

Will the Nagaland Government and the organizers of the much-hyped Hornbill Festival take note of these and make amends in future for making the festival a truly international one.