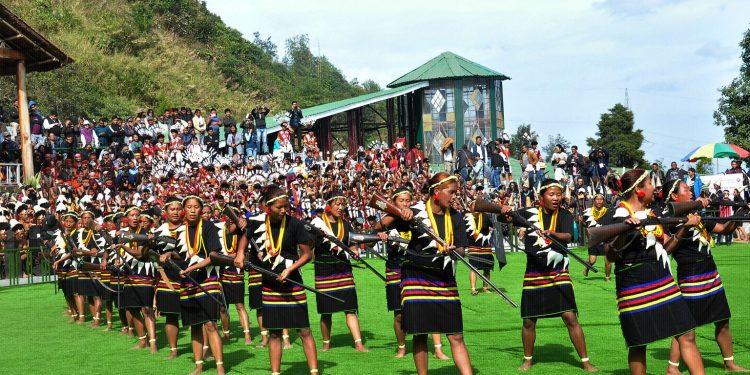 Nagaland for the first time in the last 20 years will not be able to hold the iconic Hornbill Festival this year.

The hornbill festival, which held every year from December 1 for 10 days, was first held in 2000.

The festival celebrates the cultural diversity of the State and is marked by festivities celebrating the myriad tribes that reside in the year, but if reports are to be believed, the revelries shall not be held this year owing to the COVID-19 outbreak.

This could prove to be a major setback to the tourism industry of the state, as it is largely dependent on the mega festival to fill its coffers.

“If the situation does not improve soon, the state will not be in a position to host the festival,” tourism advisor H Khehovi Yepthomi said recently.

However, he said that small-scale theme-based events like Made in Nagaland, Crafted in Nagaland, Flowers of Nagaland could be held in the district headquarters of the state during the Hornbill season.

Saying that the situation would once again be studied in October-November, Yepthomi added that the tourism sector of Nagaland is prepping for a steady reopening and Standard Operating Procedure (SOP) would soon be finalized.

The Hornbill Festival is held at Naga Heritage Village, Kisama which is about 12 km from Kohima.

All the tribes of Nagaland take part in this festival.