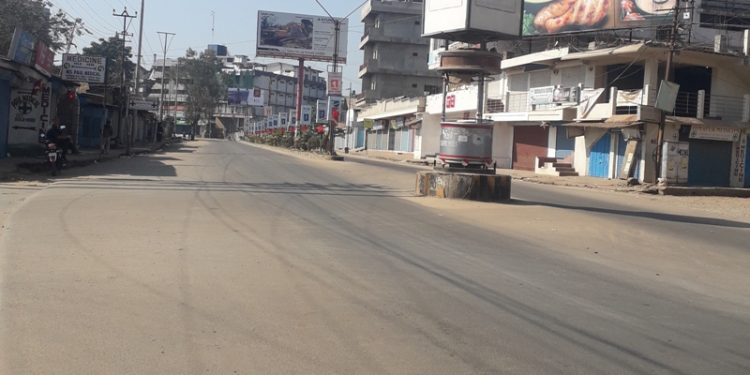 Nagaland government on Monday issued stern warning to the village councils and colonies that serious action will be initiated and cases registered against those who obstruct movement of frontline workers working against Covid-19.

Dimapur DC Anoop Khinchi expressed serious concern over continued barring of entry and exit of people working on the frontline and providing essential services by several colonies and villages despite repeated appeals by the district administration.

He said this at a meeting of the Dimapur District Task Force convened by him in his conference hall to deliberate on the pandemic.

Reminding that social organisations have a very important role during such situations, Kinchi appealed to the NGOs, gaon burhas (village chiefs) and village councils to sensitise and educate the people in their respective colonies and villages.

“Instead of people guarding the villages/colonies in groups, it is always better to stay at home and maintain social distance and be safe,” he advised.

He said since the Dimapur district Hospital has been converted into Covid-19 hospital, patients with other ailments have to depend on the private hospitals.

Sangtam said the workers in private hospitals are finding it hard to function as they are facing problems in their movements.

If this continues, the private hospitals will be bound to close down causing immense problems for patients, he said.

Covid-19 being a new disease, Sangtam felt that the people need to be sensitised more in order to remove apprehensions about burial in case of death of Covid-19 patients.

He explained the burial protocol of such cases so that the people can be educated on this issue.

He said the dead bodies after bring disinfected by the medical team can be taken by the relatives for burial or cremation.

The only restriction is that the dead body should not be touched by the family members, he said adding once all burial protocols are followed, there is nothing to worry.

The meeting decided that wholesale system would continue till further orders.