Nagaland gears up to celebrate its 57th Statehood Day 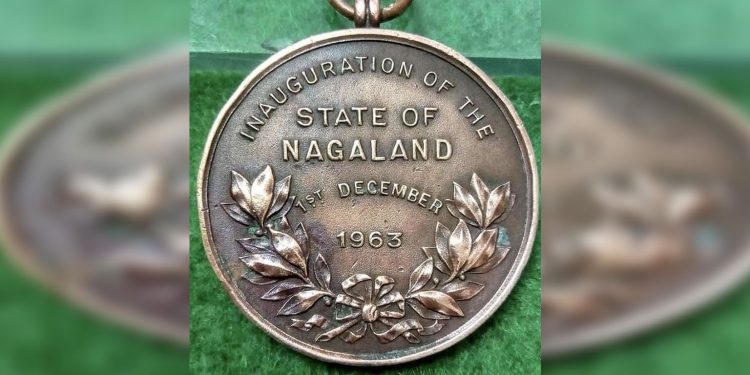 Nagaland gears up to celebrate its 57th Statehood Day on December 1, 2019.

The Statehood Day will be celebrated with a day-long programme to be organized at Khuochiezie, Kohima Local Ground on Sunday.

As per the scheduled programme, Nagaland chief minister Neiphiu Rio will arrive at the venue at 8:30 am and will receive the salute.

After the speech to be delivered by the chief minister, the Nagaland Police Uniform Code will be released.

Award of Gordon Graham Prize for Naga Literature will also be presented on the occasion.

The book titled ‘Winning The Lost Battle, Assam Rifles & The Battle of Kohima’ will also be released during the event.

Drill will be displayed by the personnel of 15 (IR) Platoon while the Special Task Force (STF) will demonstrate their skills which is likely to draw the attention of the audience.

#Nagaland will be 57 years old on 1st December 2019. Join in the celebrations at Khuochiezie, #Kohima Local Ground pic.twitter.com/mKuc2wbpeg

For the 2019 Gordon Graham Prize for Naga Literature, a list of five books by Naga authors was shortlisted.  These books included the works by Sentilong Imsong  (‘Campus Blues’), Neikehienuo Mepfhü-o (‘My Mother’s Daughter’) and Temsula Ao (‘Aosenla’s Story’) in the fiction category.

In the non-fiction category, the works were by Abraham Lotha (‘The Hornbill Spirit: Nagas Living their Nationalism’) and by Easterine Kire (‘Walking the Roadless Road: Exploring the Tribes of Nagaland’).

According to media reports, the final independent judges have unanimously selected the following winners for 2019 – in fiction, ‘My Mother’s Daughter” by Neikehienuo Mepfhü-o (Heritage Publishing House, Dimapur) has been selected for the prize.

In non-fiction, ‘The Hornbill Spirit: Nagas Living Their Nationalism’ by Abraham Lotha (Heritage Publishing House, Dimapur) has been selected for the prize.

After the independence of India in 1947, the Naga Hills remained a part of the province of Assam.

In 1957, an agreement was reached between Naga leaders and the Indian government, creating a single separate region of the Naga Hills.

Nagaland attained statehood with the enactment of the state of Nagaland Act in 1962 by the Parliament.

The interim body was dissolved on November 30, 1963 and the state of Nagaland was formally inaugurated on December 1, 1963 and Kohima was declared as the state capital.

After the first Assembly election conducted in January, 1964, the first democratically elected Nagaland Legislative Assembly was constituted on February 11, 1964.