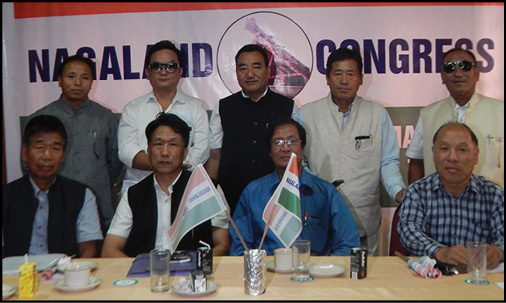 The KDCPGC will conduct a survey on the impact of the different measures adopted by the government in the fight against COVID-19 and also assess the difficulties faced by the commoners alongside the economic challenges, a release said.

The meeting, chaired by KDCC president Kevi Vizo, deliberated on the Nagaland Pradesh Congress Committee’s letter to the KDCC on June 11 with regard to various issues concerning the people of the state, specially the state capital Kohima, in the fight against COVID-19 pandemic.

The KDCC said with the government converting the only district hospital in the state capital into COVID-19 hospital, which was unavoidable, the health issues for other patients have become one of the major concerns.

The KDCPGC will encourage the public, specially the BPL family members, through various mediums to go for health insurance under the Ayushman Bharat health scheme.

It will also maintain check and balance on the implementation of the scheme by the government agencies.

The KDCPGC will also oversee the distribution of rations under AAY, BPL and APL, including disaster management funds, that are distributed by the administration.

Another area of focus of the committee will be to ensure transparency in implementation of MGNREGA funds. “We will take up the concerns of the daily wage earners and job card holders with the BDOs,” it release said.

The committee will also look into the problems of roadside vendors and also the difficulties faced by the farmers due to non-availability of market facilities to sell their produce.

It will also focus on proper implementation of the Mudra loan scheme so that the interested MSMEs can avail the opportunities to enhance their economy.