Naga students’ body not to go ahead with protest 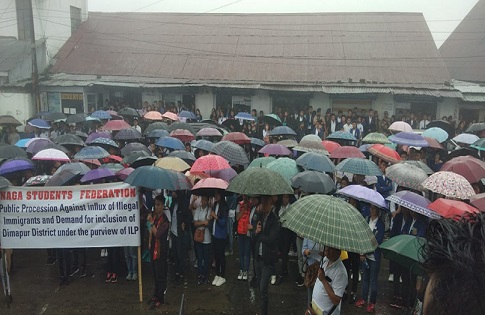 The Naga Students’ Federation (NSF) has decided to keep in abeyance its agitation against the inaction of the Nagaland government in setting up the Nagaland Staff Selection Board.

The NSF took the decision following a government communiqué on November 7 that it was actively pursuing the matter of constituting the board.

The board will be tasked with the responsibility of recruitment of Grade-III staff.

It said as per the government communiqué, the draft proposal was placed as agenda in the Cabinet meeting on October 18.

The meeting decided to constitute a committee under the chairmanship of additional chief secretary and development commissioner Sentiyanger Imchen to further “examine in details the modalities…,” NSF said in a statement.

The federation placed on record its appreciation to chief minister Neiphiu Rio and his Cabinet colleagues for responding to the aspirations of the Naga youths and students towards promoting meritocracy by setting up a committee towards constituting the board.

It appealed to the committee headed by Imchen to examine the matter in its true merit and forward its recommendations to the state government accordingly within the stipulated time.

It expressed optimism that the government will set up the NSSB at the earliest based on the committee’s recommendations.