“There is possibility of reaching a deal,” says V.S. Atem, a member of the NSCN-IM 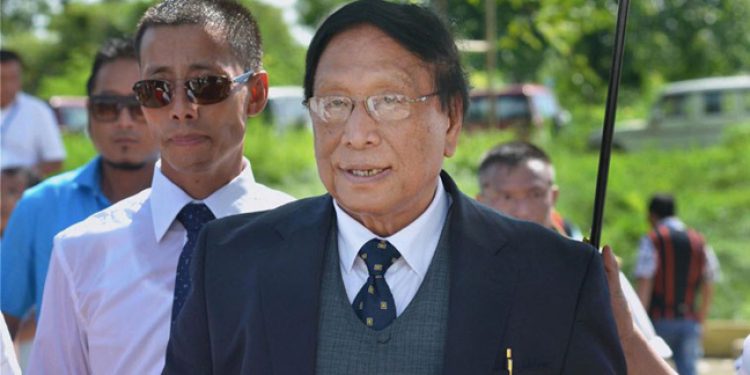 Centre’s interlocutor for Naga talks R.N. Ravi and the NSCN (IM) continued their marathon talks for the third consecutive day in Delhi on Wednesday with indications that a final deal is nearing.

During the talks, the NSCN(IM) has been led by its general secretary Th. Muivah.

The dialogue with the working committee of the Naga National Political Groups (NNPGs) is said to be almost over.

However, the talks with the NSCN-IM have continued to iron out the differences over the latter’s insistence on Naga flag and constitution in the final agreement.

The deadline for inking the final agreement to end the decades-old Naga issue as mentioned by Ravi ends on Thursday.

“There is possibility of reaching a deal,” ‘Gen’ (retired) V.S. Atem, a member of the NSCN-IM collective leadership, currently engaged in the negotiations, said after the talks on Wednesday.

The two sides will meet again for another round of talks at 11 am on Thursday.

The working committee of NNPGs on Wednesday said it has been agreed that a clause in the final pact on resolution of the Naga issue would mention the Naga flag and constitution as prime symbolic issues which shall be pursued post solution through continuous political and democratic process.

The media cell of the committee, in a release, said the government of India reiterated its position on the two symbolic issues clearly.

The release said the working committee and the government of India have come to an understanding that the Naga flag and constitution are indispensable to the Naga people.

However, the committee said their cultural usage is one thing and political usage another.

It said the government of India is aware that the ‘Agreed Position’, signed on November 17, 2017, by its very content implies that the flag and constitution are within it.

“There is no ambiguity,” it said.

The NNPGs alongside the NSCN (IM) held hectic parleys with the  interlocutor on Tuesday to ink the final agreement.