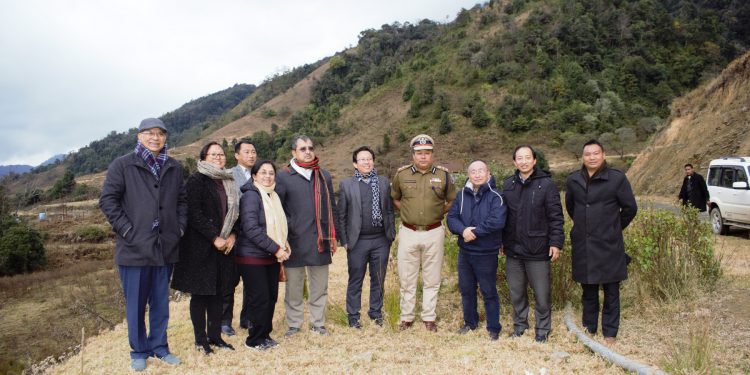 This was informed in an official press release.

The village has a population of around 3745, with 749 households which consist of three khels.

Khonoma has six schools and one primary health center.

VDB secretary, Mhiesirieto Punyü said that the village does not have any bank and that there were only informal banking services through micro-finance.

The village economy being mainly cultivation based, Punyü said that almost half the population goes out of the village for employment.

During the interaction, the Finance Commission members were further apprised on the workings and functions of the village council, Village Development Board and the roles of gaonbura.

Subjects ranging from cropping pattern, land holdings system practice and the implications that may arise, if obtaining land patta is made compulsory were also discussed.