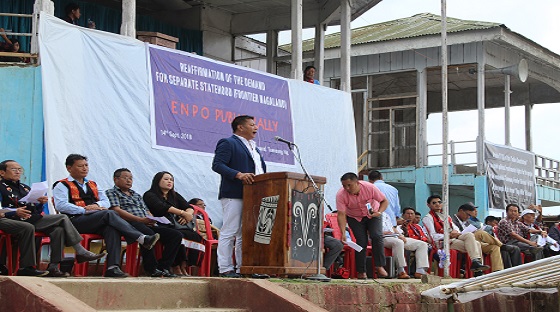 The Eastern Nagaland Peoples’ Organisation (ENPO) from now onwards it would not extend cooperation in any “national red-letter event”.

The ENPO in a meeting resolved that the people of eastern Nagaland would not extend cooperation in any “national red-letter event” henceforth as there has been no indication of any interest by the government of India on its demand for a separate state.

The organisation decided to intensify and strengthen the movement for the statehood demand and form Eastern Nagaland Youth Front.

The organisation, at its central executive council meeting held at the Konyak Union conference hall on Tuesday, reiterated its fullest support and cooperation for an early peaceful and long lasting Naga political solution, a statement said on Thursday.

However, it said any solution that may appear to be detrimental to the peace and unity of the people of eastern Nagaland will be opposed.