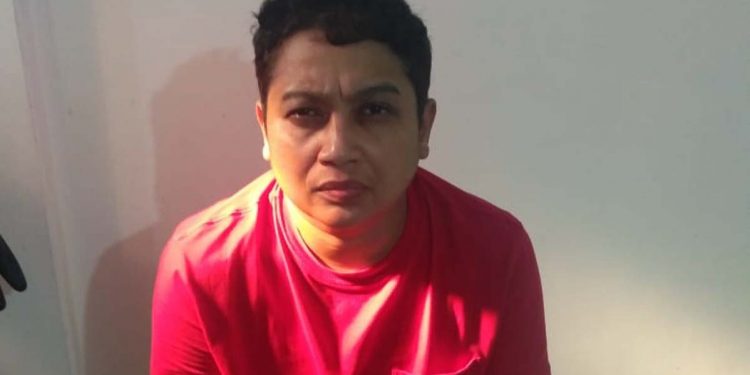 Nagaland Police on Tuesday warned everyone not to post unwarranted comments and “trials” on social media against arrested animal rights activist Hema Chowdhary, who was brought to Nagaland on Monday.

This may violate the law, including the rights of the accused, the Nagaland Police said on its Twitter handle.

Chowdhary was arrested in Mumbai on July 17.

Police appealed to all to desist from unwarranted trolling and comments, especially in public domain, so as to ensure that “due process of law” is maintained and does not result in infraction of law unwittingly.

The arrest of Chowdhary attracted a lot of adverse comments and trolling on various social media platforms, the police noted.

It said the investigation is an ongoing process and the matter is subjudice.

Chowdhary, who allegedly made derogatory statements against the Nagas on the consumption of dog meat, was brought to Nagaland on Monday evening from Mumbai via Delhi and Imphal.

There have been vehement protests on social media against her offensive remarks by the Nagas in Nagaland and outside.

In the video, she made derogatory statements against the Nagas conducing to public mischief and also promoting enmity between different groups of people, which is pre-judicial to maintenance of harmony, police said on Monday.

The Kohima chief judicial magistrate issued a non-bailable warrant against Chowdhary and subsequently a team of Nagaland police, led by a deputy SP rank officer, went to Mumbai on July 15.

She was tracked to her residence at Oshiwara in Mumbai and arrested on July 17 in collaboration with Mumbai police.

On completion of arrest formalities, the Mumbai court granted a transit remand her for four days on July 18.

Nagaland Police said all standard operating protocols as per the guidelines issued by the state health and family welfare department relating to Covid19 pandemic are being adhered to.

Further investigation into the offence will be made as per the laid down procedures of law, the police added.