Centre-NSCN talks: Panel on Naga issue calls for ‘one solution and one agreement’

The core committee, comprising 15 MLAs--five each from BJP and NPF, four from NDPP and one Independent – was constituted by the Nagaland government on June 9 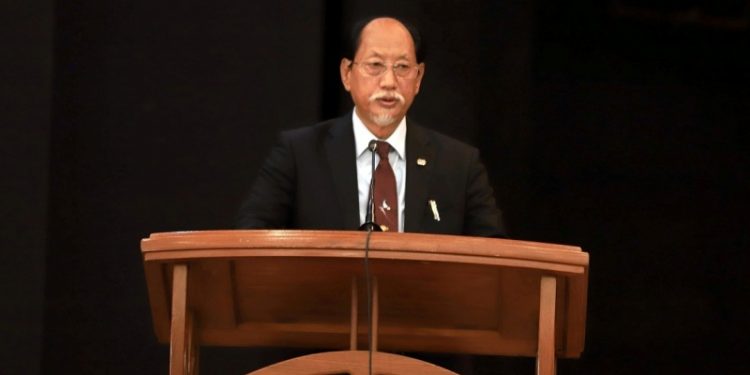 The Core Committee on Naga Political Issue, led by Nagaland chief minister Neiphiu Rio, called for “one solution and one agreement” to the decades-old Indo-Naga political issue.

In its first meeting held after its formation at Chumukedima police complex in Dimapur, the committee appealed to all the Naga political groups negotiating with the Government of India to come together in order to hammer out their differences and create a common approach for “one solution and one agreement”.

The core committee, comprising 15 MLAs–five each from BJP and NPF, four from NDPP and one Independent – was constituted by the Nagaland government on June 9.

The NSCN (IM) signed the “Framework Agreement” with the Centre on August 3, 2015, while the working committee of six Naga National Political Groups (NNPGs) inked a separate agreement – “Agreed Position” – with the Centre on November 17, 2017.

The Government of India and the Naga groups held several rounds of talks separately in an effort to hammer out a final settlement to the Naga issue.

The meeting, attended by Chief Minister Rio and Opposition leader TR Zeliang among others, adopted a five-point resolution.

It appealed to the negotiating parties of the Indo-Naga Political dialogue to resume the Peace Talks with a positive approach of mutual respect for each other by setting aside pre-conditions in the greater interest of the people.

The panel further urged them to move forward under a positive environment that is conducive to finding a political solution at the earliest time possible, member secretary of the core committee Neiba Kronu, said.

The committee urged all the Naga political groups to make serious efforts towards unity and reconciliation.

“The constant antagonism against each other, especially in public space and the media is sending out a wrong message to the masses considering the fact that we are all pursuing the same aspiration of peace and political solution,” it noted.

Taking the positive example set by the elected members of the Nagaland Legislative Assembly, who have risen above party affiliations to unite for the Naga political issue, the Naga political groups should make concerted efforts and listen to the voice of the people for unity and oneness, the committee said.

Appreciating the constant role and contributions of the churches, civil societies and NGOs towards facilitating peace and strengthening the peace process, the committee appealed to the civil societies, mass-based organisations and tribal hohos (apex bodies) to make renewed efforts towards creating a conducive atmosphere for early realisation of a political solution by pursuing unity, reconciliation and oneness.

All the members of the core committee and the Parliamentary Committee on Naga Political Issue, including the two members of Parliament, have come together under the same banner in line with the election manifestos of all the political parties

They have committed to the people that the elected members are prepared to pave the way as and when an inclusive, honourable and acceptable solution is arrived at, one of the resolutions said.