BJP after coming to power at the Centre slowly began to “intrude into our people’s freedom: NPF 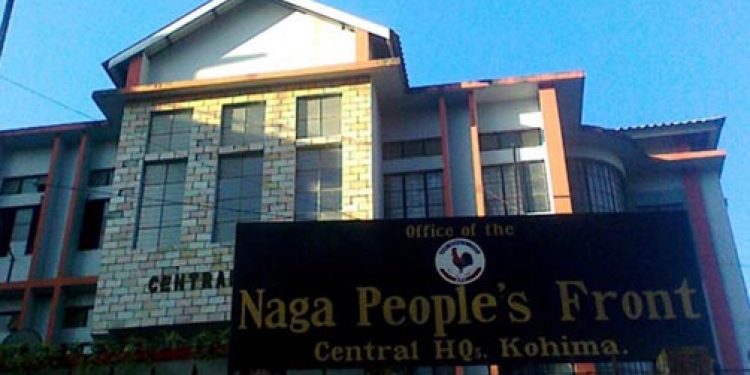 The Opposition Naga People’s Front (NPF) said it had decided to support the Congress in the Lok Sabha election in Nagaland to defend the future generations.

“The party has joined hands with the Congress to defend future generations,” NPF president Shürhozelie Liezietsu said while addressing a consultative meeting of Kohima division of the party held at its central office in Kohima on Wednesday, the NPF press bureau said in a release on Thursday.

Making a clarion call to the Naga people to vote for their future, the NPF president said, “We should not regret for voting against the wishes of our future generation.”

Shürhozelie said the NPF decided not to field its candidate in the ensuing Lok Sabha elections to prevent division of secular votes so as to ensure defeat of the ruling Nationalist Democratic Progressive Party (NDPP) candidate.

He said together with secular forces they would defeat the NDPP- led BJP consensus candidate.

“The NPF has taken this bold stand strongly and fight against the forces which are trying to penetrate into our land and destroy our people,” he added.

Stating that NPF had been in alliance for 15 years with the BJP, he said the BJP never dictated to the NPF when it was with the saffron party. However, the BJP after coming to power at the Centre slowly began to “intrude into our people’s freedom” and when they could not bargain with NPF party, the BJP settled down with NDPP, Shürhozelie said.

Referring to the seven rebel NPF MLAs who extended support the NDPP Lok Sabha candidate, the party president cautioned that they cannot escape from the law.

He maintained that unless they returned to the party within the stipulated time, disciplinary action would be initiated against them, which would cost them greatly, including their career.

Cautioning that at present many “fake leaders” were leading the Naga people, the MLA said it was high time the Naga people realise before it was too late. He also called for striving together and staying united with the “true leaders.”