The Nagaland State Disability Forum has demanded equal rights and opportunities as equal citizens for people with disability in the state. 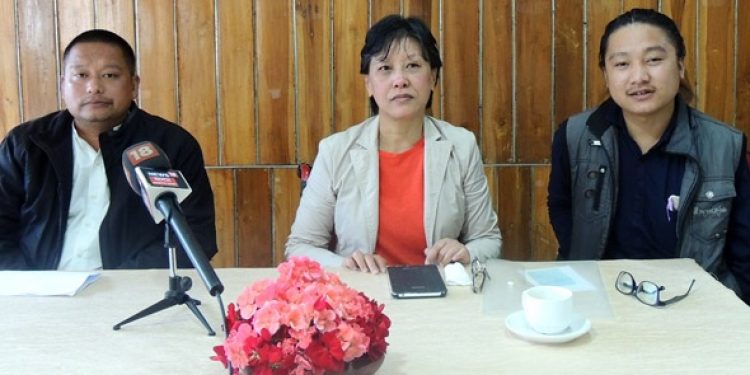 The Nagaland State Disability Forum has demanded equal rights and opportunities as equal citizens for people with disability in the state.

“We are no longer willing to exist like third class citizens. We are also not looking for pity or charity, we don’t need that. We just want our fellow citizens and our government to ensure the equal rights and opportunities that we deserve as equal citizens. This can start with the strict and proper implementation of the Rights of Persons with Disability (RPWD) Act 2016,” disability rights activist and advisor of Nagaland State Disability Forum Diethono Nakhro said.

Addressing media persons in Kohima, Nakhro said the Rights of Persons with Disability Act was passed in Parliament in December 2016 and it became law in April 2017. The states and Union territories were supposed to notify the State Rules and start implementation within six months, she added.

Nakhro reminded the state government of its official notification on September 27 on the RPWD Act 2016 in Nagaland. She said this was a huge milestone for the disabled community and appreciated the government for the notification.

However, she said the notification is only the first step and will serve no purpose unless there is strict and proper enforcement of the laws.

She stated that with the new Act now officially enforced in the state, the disabled community wanted to make it very clear that they will not allow RPWD Act 2016 to end up like the old 1995 Act.

Nakhro pointed out that before this new Act, the Persons with Disabilities (Equal Opportunities, Protection of Rights and Full Participation) Act, 1995, was in force in the country for over 20 years, but not even a single law was properly enforced in the state.

The new Act highlights 21 specified disability conditions along with numerous sub-categories where crucial provisions are ensured for the community of persons with disabilities.

Nakhro highlighted some of the features of the Act such as free healthcare, free education from six to 18 years, 5 per cent reservation in higher education, job reservation increase from 3 per cent to 4 per cent, quantum assistance in poverty alleviation schemes increase by 25 per cent such as wage rate under MNREGA, punishment by imprisonment for offences against people with disabilities, setting up of special courts and ensuring equal opportunity policy in every department.

An important aspect of the Act is that it not only covers the government sector but private sectors as well.

“Private businesses, establishments, schools, colleges, etc. are all required to comply with accessibility provisions, disability employment and so on,” she said.

Nakhro expressed confidence that although the State Disability Rules were yet to be notified, the social welfare department was working on this and the process was in its final stages.