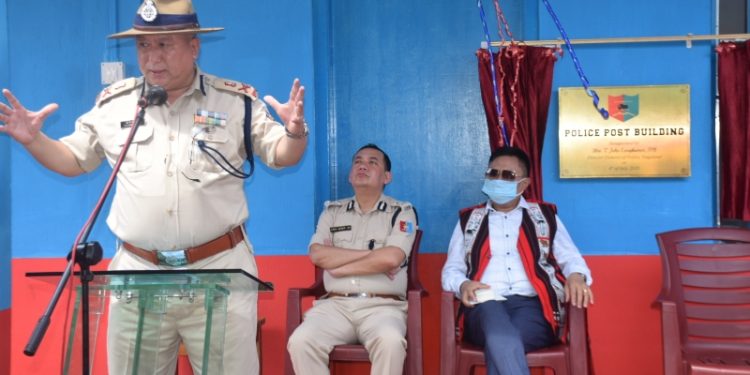 It termed the new item as baseless, false and fabricated making a distorted presentation of what actually transpired.

A statement issued by SP (Crime) and PRO, Nagaland Police, Manoj Kumar called the contents of the report not only factually incorrect but appear to be malicious in intent aimed at creating misunderstanding and straining the excellent rapport that Nagaland Police has with all regional and national law enforcing and investigating agencies.

The report stated that Nagaland police refused to join the NIA in the investigation and joint interrogation of top NSCN (IM) leaders who were booked in connection with a major extortion racket spread from Nagaland to Manipur.

To dispel all doubts and misgiving, the Nagaland police gave the sequence of events as actually transpired, which was also vouched by the premier investigating agency in question.

The statement said the NIA through the office of the DIG, NIA, Kolkata, has given a clarification to the Union Ministry of Home Affairs that the news report is false.

The NIA headquarters in Guwahati has also expressed regret to the Dimapur Commissioner of Police over the fabricated article published in some national print media, it said.

The statement said the Nagaland police made necessary arrangements for logistics, accommodation, escorts/security and transportation following a telephonic intimation on July 5 that a team of NIA officers from NIA Guwahati will reach Dimapur on July 6 in connection with DPR PS DMR case No. 0074/2020.

This information was followed by a formal Fax message received from SP, NIA, Guwahati vide MISC/ 2020/9366 Dated 05.07.2020 requesting to examine the apprehended accused persons in the case.

After their arrival at Dellain Gate, Dimapur, on July 6, arrangements were made to take the NIA team, led by a deputy SP, to Covid Hospital, Dimapur, for necessary medical screening and Covid-19 testing as per the laid down medical SOP for any person coming from outside.

Accommodation for the NIA team at the Central Police officers’ mess, Chumukedima, escorts at Dellai Gate and other security arrangement were made by the Nagaland police.

However, the NIA team expressed its inability to wait until their test results and hence did not enter Nagaland but waited at Dellai Gate after giving a written requisition to Dimapur commissioner of police for copies of case related documents vide No. MISC/Enquiry/2020/9368 dated 06.07.2020, which was promptly made available to SP, NIA, Guwahati and received by the deputy SP, NIA, who arrived at Dellai Gate on July 6.

After receiving all the relevant case records and documents from Dimapur police, the NIA team returned to Guwahati from Dellai Gate, it said.

The statement said a second NIA team led by another deputy SP arrived in Dimapur on July 8. After being subjected to mandatory Covid-19 screening and testing at District Hospital Dimapur, they were taken to be lodged at Central Police officers’ mess, Chumukedima, addressing all their security concerns under police escort. Even their place of stay was secured putting necessary security arrangement in place, the release added.

It said on being tested negative and receipt of medical clearance from Chief Medical Officer, the NIA team was given access to the accused and they proceeded to Dimapur with their line of interrogation.

The Nagaland police said they have always been sensitive on matters of national security and have been extending cooperation to all law enforcing agencies.

The release added that the Nagaland police will not be found wanting and will always stand true to its motto of “Security, Service, Sacrifice”.