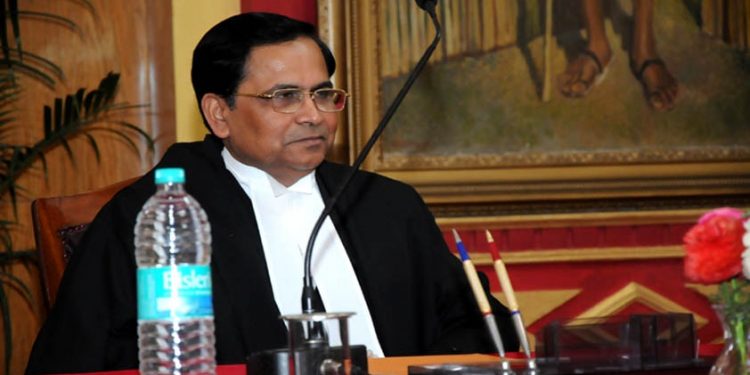 A Lokayukta awareness programme was held in the conference Hall of deputy commissioner’s office in Dimapur of Nagaland on Monday where Lokayukta of Nagaland, Justice Uma Nath Singh highlighted on the fundamentals of Lokayukta Act and spoke on the provisions for filing complaints under Lokayukta.

This was stated in an official press release issued later in the day.

The Lokayukta said that complaints can be entertained under Lokayukta by following certain guidelines and provisions. He stressed upon all the members for taking effective measures in order to combat corruption.

IGP and Director, Lokayukta, Police, I Meyi Onen in his keynote address said that the special feature of Nagaland Lokayukta Act 2017 was that the issues of prosecution sanction will no longer be with the State Government as far as Lokayukta cases are concerned.

With the implementation of Lokayukta Act, all cases under investigation by the erstwhile vigilance are now transferred and inherited by Lokayukta, he informed.

The Lokayukta has been empowered under section 26 of the Act to issue the prosecution sanction, he further added. He also maintained that the ushering in of Lokayukta should in no way dilute the Directorate of Investigation’s legal Authority or operational effectiveness as far as criminal investigation of cases referred to them by Lokayukta is concerned.

Citing corruption and maladministration as the two maladies affecting efficiency of administration, the IGP felt that Lokayukta would act as a powerful preventive influence for ensuring speedy and impartial decisions in matters affecting the citizens at large.

Upa (deputy) Lokayukta, Mayang Lima, felt that people’s participation was important to bring down corruption and to make the commissioning of Lokayukta effective. The programme chaired by the deputy commissioner of Dimapur was attended by HODs, administrative officers, NGOs, law students and others.