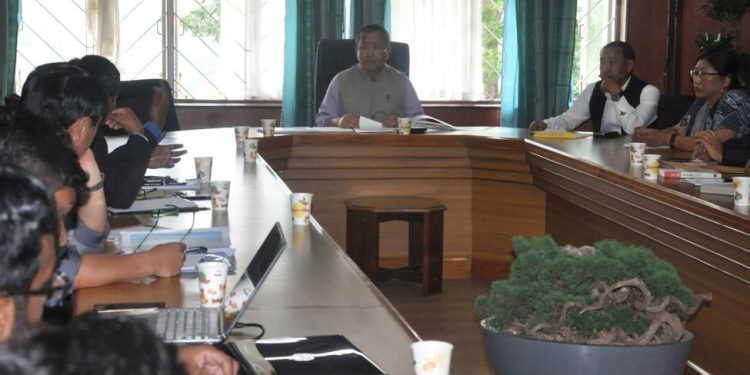 Nagaland chief secretary Temjen Toy on Monday held a coordination committee meeting with all the line departments of the State involved with national highways.

The meeting held at his conference hall in Kohima was also attended by officials of National Highways and Infrastructure Development Corporation Ltd (NHIDCL).

Toy said the meeting was called to coordinate with all the stakeholders and together solve issues and problems faced by the line departments while carrying out development activities, particularly road construction works by NHIDCL in the state.

He observed that ‘lack of coordination’ among different departments is causing hindrance and obstructing the progress of work in the State.

Toy urged the departments not to blame each other and instead find a solution to settle any issue at the level of HoDs.

The chief secretary also asked the general manager (projects), NHIDCL, to keep updating his office and the department about the progress of work on regular basis.

The meeting discussed issues relating to finalisation of alignment, land acquisition, land and other compensation, shifting of utilities and forest clearance.

The AHoDs, HoDs and DCs highlighted the status of their respective departments and districts where NHIDCL works are being undertaken.