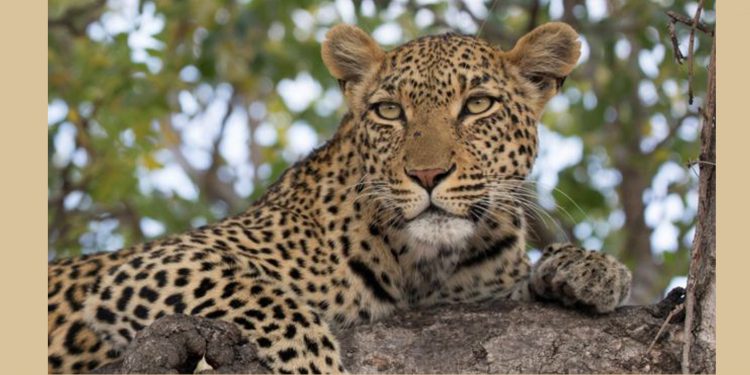 A big cat suspected to be either a tiger or a leopard has been unleashing a reign of terror at Purana Bazar-B village under Chümoukedima circle in Nagaland’s Dimapur. 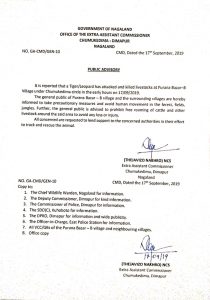 An advisory issued by the extra assistant commissioner (EAC) for Chümoukedima informed the predatory animal has attacked and killed livestock in the early hours of Tuesday.

The EAC through the advisory has asked the public of the area to take precautionary measures and avoid human movement in the forest, fields, jungles etc.

“Further, the general public is advised to prohibit free-roaming of cattle and other livestock around the said area to avoid any loss or injury,” the advisory read.

“All concerned are requested to lend support to the concerned authorities in their effort to track and rescue the animal,” the public advisory from the EAC further stated.

Some videos and photographs on Wednesday were circulated in WhatsApp which claimed that the big cat was a Royal Bengal Tiger and it was killed by the forest officials.

Photographs and a video of the severed body of a man were also circulated, which were claimed to have been ripped off by the dead tiger.

Speaking to Northeast Now, wildlife warden Suman WM Sivachar said, “The photograph of the tiger is from last year and it is from Nepal.”

“The man, in the video and the photographs, was not killed by the wild cat but he was trampled to death by wild elephants a couple of days ago,” Sivachar added.

“Moreover, the incident took place in the Assam side and we are waiting for more details,” he added.