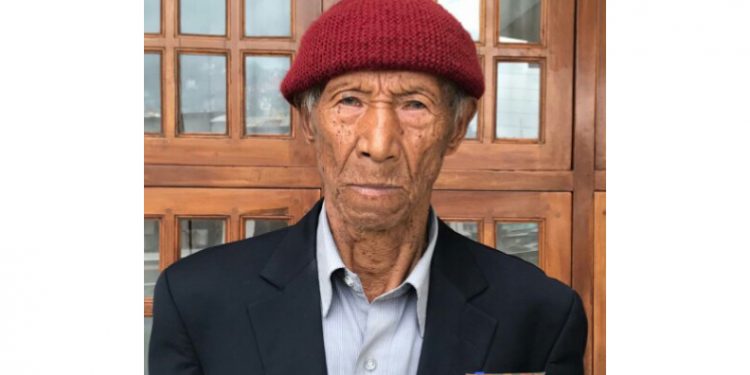 Son of Lt Murhachu Sazo, he was born in 1934 at Phusachodu village. He was brought up by his uncle Lt Pohu Sazo, as his parents died when he was young.

He was posted to East Pakistan (Bangladesh) border from 1969 to 1972 and participated in the Indo-Pakistan war in 1971 from November-December. He was at the fore-front of the war moving in the following places – Helley, Lalmati, Isordy, Sylhet etc.

He retired from service in 1974 in the rank of Havildar. He was decorated for his sincere service and loyalty with the Ashok Chakra, Sangram Medal, Poorvi Star, and 25th Independence Anniversary Medal.

He died after a brief ailment at his residence Rukizu Pfutsero. He leaves behind three daughters, one son and his grandchildren.