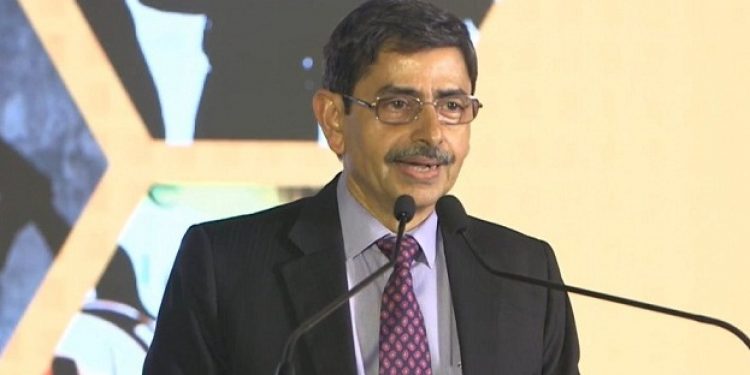 The Naga peace agreement is expected ‘any day’, according to government sources.

Deputy National Security Adviser and Prime Minister‘s special envoy for the Naga peace talks, R N Ravi, is arriving in Dimapur on Tuesday and will move to Kohima over the next two days to conclude the protracted Naga peace talks, sources said.

Government sources said with the Naga groups expected to reciprocate with ‘pragmatic flexibility’, the final agreement could be signed ‘any day’.

Home minister Rajnath Singh is also visiting Assam on Tuesday and there could be some forward movement in the talks.

Sources say the government is ready to consider a Naga flag for a pan-Naga cultural body and to term the final agreement as the ‘Naga Constitution’.

There has been an apparent understanding on the Naga flag and on opening autonomous cultural centres in states adjoining Nagaland with Naga population.

Ravi had also said recently that Naga peace talks were at the ‘concluding stage’.

“Political principles of settlement, substantive issue of competencies and structural issues of governance have all been mutually agreed. The peace process has become truly inclusive with the seven Naga groups coming onboard. We have mutual understanding with NSCN (I-M) that they would not oppose constructive cooperation in the peace process and their participation in the final agreement. The peace process can conclude any day,” he was quoted as saying during an interview with a daily from Nagaland.

Asked if he is saying that the talks are in the final stage, Ravi said the Naga political issue is a very old and complex one and in the last four years, the negotiating parties have made significant continuous progress by resolving several facets of it.

“(These are) like political parameters of settlement and the specifics of various competencies to be shared between the Naga people and the government of India. All issues have been mutually understood and agreed upon.

“However, a few issues mainly a flag and a constitution are sticky. On these issues, the two sides have differing positions. We will sign the agreement as soon as these are resolved,” he told the newspaper.

On what is holding the negotiating parties in solving the flag and constitution issue, Ravi said the government was aware of Naga people’s sentiment over the flag which must be respected.

“Our position is that the Naga flag should be located in the Pan Naga cultural body, which would be a common platform of all the Nagas. Similarly, the final agreement, which would have to be duly incorporated in the Constitution of India, could be the Naga ‘Yehzabo’. However, the Naga negotiators are not agreeing to it,” he said.

Asked about differences on these issues with both NSCN (I-M) and Working Committee of the Naga National Political Groups (NNPGs), Ravi said both of them have insisted on recognition of the Naga flag.

“On the issue of ‘Yehzabo’, we are trying to reach a common position with NSCN (I-M),” he said.

Some stakeholders had, however, last week boycotted their scheduled meetings with Ravi, citing ‘insincerity’ on the part of the Central government. They included the Naha Hoho, the Naga Mothers’ Association and Naga Students’ Federation.