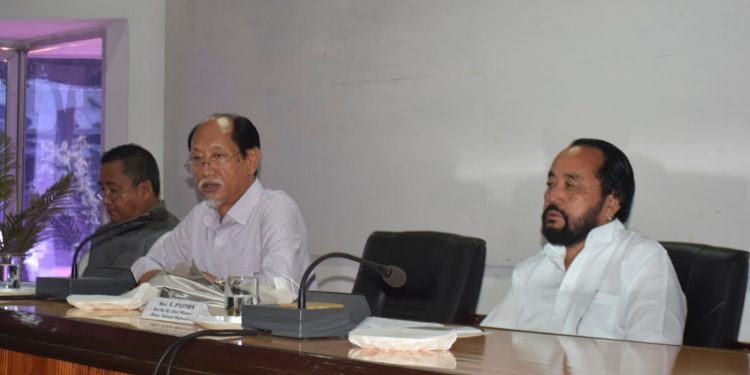 The working committee of Naga National Political Groups (NNPGs) said the citizenship of the Nagas is ‘totally vested within the village authority’ and no one without certification of origin from any village or parent village can be enrolled into the records of the Nagaland government.

“It is a clear piece of customary law and procedure that any Naga living in Nagaland without ancestral lineage from any parent village within Nagaland boundaries cannot be a citizen of Nagaland, including those from Naga territories outside the present Nagaland,” the media cell of the working committee of  NNPGs, comprising seven Naga armed groups, said in a release.

The committee said this while expressing its views on the Nagaland government’s decision to implement the Register of Indigenous Inhabitants of Nagaland (RIIN).

It also said the state government must delve into the preamble of the Naga peace process before embarking on the register.

The committee stressed that the state government must peruse the agreed position drawn between NNPGs and the government of India and said the council of ministers cannot evade or escape from their collective responsibility and accountability to the Nagas.

It reminded that the government of India had recognized the historical and political rights of the Nagas along with Naga customary practices and procedures and the right to self determine their future.

“All these entries together with others in the agreement drawn on November 17, 2017 reinstate the ‘sovereign rights’ enjoyed by the Nagas at the time India became an independent nation,” it said.

It pointed out that every Naga is a citizen of the village from where his/her ancestors hailed.

“The village has the decisive power on what laws to be applied and what should not. Every village is a constituent of their respective country as per their original identity as a ‘tribe.’ There is no unwanted or unrecognised Naga who do not belong to a village within the political boundaries of Nagaland and there is no ‘urban Nagas’,” the committee said.

It opined that every village should maintain a record of their population and issue personal identity cards under the seal of the village authority.

According to the committee, even Naga women marrying non-Nagas and outsiders, including their offsprings, will not have the right to have Naga identity of Nagaland.

“It is an indigenous practice to safeguard Naga lineage…,” the committee claimed.

It further pointed out that the only revenue land in Nagaland is Dimapur mouza on which the Nagaland government can enforce any law made by it on all such matters.

The committee said in order to enumerate and certify the identity of the Nagas or to create any such register, the state government should endorse village authorities of the respective “Naga countries”.

It added non-Nagas or Nagas who are not from Nagaland cannot own any piece of land in Nagaland and shall not be enlisted as bonafide inhabitants of Nagaland.

The committee reasoned that any descendents, who had established villages prior to the withdrawal of the British from the ‘Naga countries’, can alone be treated as indigenous inhabitants, ‘provided they have records of paying tributes to parent Naga villages’.

The committee asked the state government to take cognizance of the underlying principles of Naga customary laws, practices and procedures of the Nagas in this matter.

“All social, political organisations and NGOs should desist from issuing any certificate of indigenous/origin/citizen certificates or make such recommendations to any of the offices so as to keep our history clear for future generation,” it added.