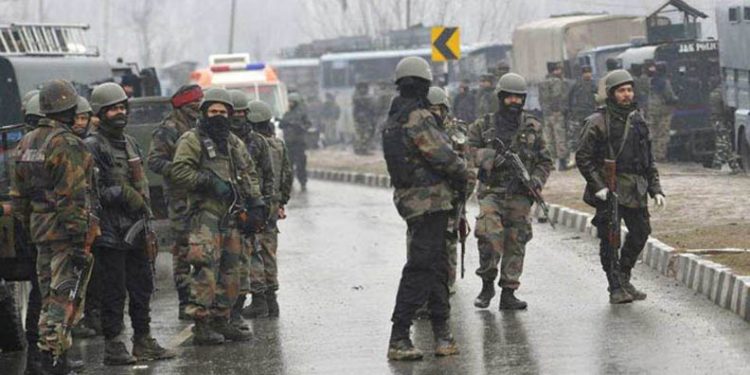 Along with various other nations across the world, Myanmar, which has close ties with India, strongly condemned the deadly terrorist attack at Pulwama in Jammu & Kashmir on Thursday which killed 44 CRPF jawans and injured several others.

The press statement issued by the Ministry of Foreign Affairs, Nay Pyr Taw, on Monday said:  “Myanmar strongly condemns the heinous terrorist attack in Pulwama, Jammu and Kashmir on 14 February 2019 that claimed many lives and caused a number of injuries.”

Stating that it condemns all forms of terrorism, the Ministry of Foreign Affairs, Myanmar said:  “Myanmar has consistently condemned terrorism in all its forms and manifestations, and stands together with the international community in the fight against this grave global danger.”

Myanmar government has also expressed deep condolence at the demise of the CRPF personnel.

Earlier, a day after the attack, the US on Friday joined the world community in condemning the Jaish-e-Mohammed suicide attack in Kashmir.

The US said the time had come for Pakistan to end support for all terrorist groups operating from its soil.

On the other hand, French foreign minister Jean-Yves Le Drian denounced the attack, saying all countries should work jointly to combat terrorists and their funding channels and “prevent the cross-border movement of terrorist groups such as JeM”.

“The perpetrators and sponsors of this attack should be duly punished,” he said.

The foreign minister of Canada, Chrystia Freeland, said her country stood in solidarity with India “in the fight to prevent radicalisation and defeat terrorism”.

UN Secretary General Antonio Guterres called for those behind the attack to be brought to justice.