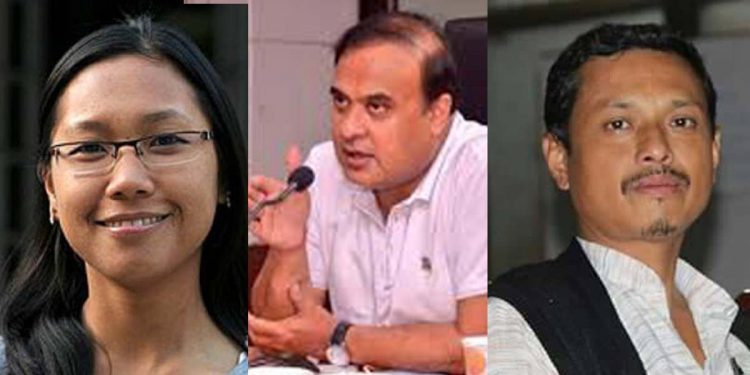 With speculations are rife that Narendra Modi Cabinet will be expanded in the first half of August, three names from the Northeast are doing round for the ministerial berths.

The report quoted party sources as saying that the expansion is most likely to take place soon after the ‘bhoomi pujan’ for the construction of Ram Temple at Ayodhya.

The ‘bhoomi pujan’ will be held on August 5.

The Modi government currently has 57 ministers. Several of the ministers have a number of portfolios.

The report quoted sources in BJP state units in the northeastern states as claiming that two ministerial berths “in the likely expansion are to be from the region.”

For one of the ministerial berths, Manipur’s titular king Leishemba Sanajaoba, who won the lone seat of Rajya Sabha in Manipur on June 22, is a strong contender, a BJP leader said.

Sanajaoba recently had a meeting with BJP top leader Amit Shah in the national capital.

Sanajaoba is a Meitei, which is the largest community in Manipur.

Assam finance and health minister Himanta Biswa Sarma is another name doing the round to represent the Northeast in the Modi ministry.

The report quoted a senior Assam BJP leader as saying: “Sarma has been trying to go to Delhi for some time. There is nothing new in it. But the point is, the state is going to polls in early 2021 and it is not likely to be smooth sailing for the party because of the massive protest against the CAA. So we need him here too.”

Sarma, who is the North East Democratic Alliance (NEDA) convenor, played an important role in the formation of the BJP-ruled governments in the Northeast.

Sarma expressed his willingness to contest the last parliamentary polls, however, his wish was turned down by the central party leadership.

Former Union minister and National People’s Party leader Agatha Sangma, who is also the sister of Meghalaya chief minister Conrad K Sangma, is another contender for a berth in Modi Cabinet.

Sangma is the Lok Sabha MP from Tura constituency.

Meanwhile, Ram Madhav, the BJP general secretary in charge of Northeast, may be removed from his organisational responsibilities in the region, said sources.

“It is almost certain that Ram Madhav will be removed from the responsibilities of the Northeast,” the report quoted a source close to the RSS as saying.