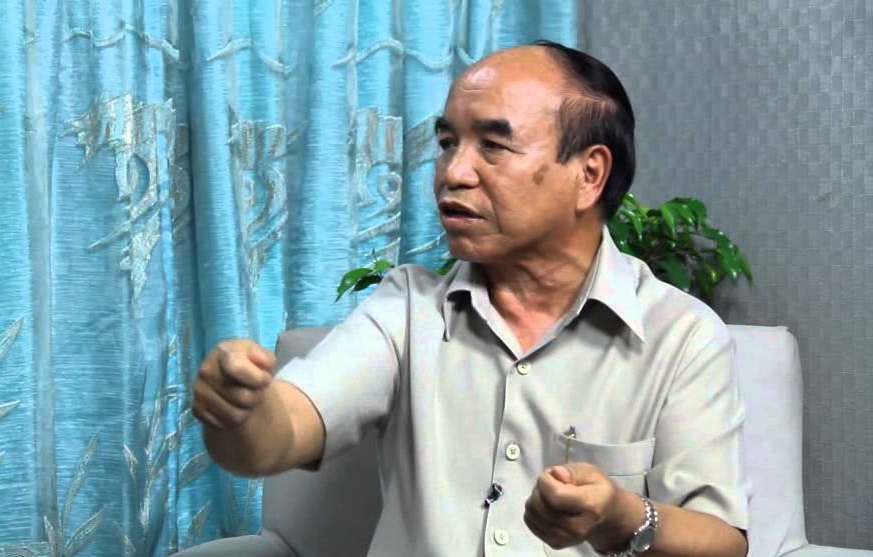 Rebel-turned politician and former Chief Minister,  Zoramthanga-led Mizo National Front (MNF) is all set to form the next government in Mizoram.

At least the latest trends coming in is the indicator to it.

The MNF which had sounded confident in the run-up to the November 28 Assembly polls, is surging far ahead of the Lal Thanhawla –led Congress in Mizoram. The Congress is losing its last bastion in the Northeast, unlike the Assembly poll results trend available in other four states – Rajasthan, Madhya Pradesh, Chattishgarh and Telangana –where elections were held on November 28.

It has become apparent that MNF leader Zoramthanga’s strategy of not to have pre-poll alliance with the BJP in the Christian state of Mizoram has paid rich dividends. The MNF despite being a constituent of the North East Democratic Alliance (NEDA), a BJP-launched joint platform of non-Congress political parties in the Northeast, decided to go it alone in Mizoram Assembly election by fielding candidates in all the 40 Assembly constituencies.

The MNF in its quest to defeat Congress which has been in power in Mizoram since 2008 under the leadership of Lal Thanhawla,  headed by focused on two key poll planks — upholding Mizo nationality and a realistic socio economic development programme.
The MNF also resorted to a rigorous selection process to pick the right candidate for each of the Assembly constituencies. The party is very particular about the profiles of its candidates including their personality, antecedents,education, age and capability to command the respect of the voters.
The MNF sounds very concerned about the viability, possibility and affordability of the schemes it has promised under its flagship socio-economic development programme (SEDP). It has a structure in place to implement what it has promised.
The MNF has promised to adopt a viable sports policy in the soccer-crazy Mizoram that has abundant sporting talents.  The Congress despite being in the power for such a long time, has failed to adopt a sports policy.
The reason why football has become so popular in the state is because of clubs, promoters and private players. The government has not played any role so far.
MNF is focused on Mizo nationalism. It is a party without boundaries and for all Mizos, no matter which part of the region, country or world they are. Any Mizo can join the party.
The MNF has a strong party structure that was of much help during the election. Moreover, inflow of members of other political parties including from the ruling Congress to MNF in the run-up to the polls was unprecedented and morale boosting for the party workers.

In order to  counter the Congress’ allegation during the electioneering that the MNF was being accommodative to the BJP, the regional party highlighted unprecedented alliance Congress had stitched with the saffron party in the Chakma Autonomous Development Council in April this year.

As the Congress stares at defeat in Mizoram that is going to mark the end of a long political career on 80-year-old leader Lal Thanhawla, the BJP which is hoping to open its account in Mizoram, has reasons to rejoice even in its poor show because its mission to purge the Northeast of rival Congress is getting fulfilled, thanks to  the victory of the MNF

The Convenor NEDA and senior BJP leader from Assam Himanta Biswa Sarma, had said before election that fielding candidates in almost all the constituencies for the Mizoram election was  of the top-most priority of the party this time, not winning. The BJP just wanted to create a space for itself in Mizoram.

Sarma who was BJP’s one of the key strategists for Mizoram Assembly election, had said, “BJP is not a very big party in Mizoram. I think there is major competition between Congress and MNF. We are trying to build our image.More than forming a government, we are focusing on consolidating the BJP’s presence (in the state). Our first priority is we should have candidates allover the state.”

It remains to be seen if the BJP manages to open its account in Mizoram House or not. In case the BJP wins in a few seats, the party would definitely hope forge a post-poll ties with the MNF subject to approval of Zoramthanga though. The BJP was focusing on five constituency dominated by the minority Chakmas and Brus.

There were total of 209 candidates in the fray in Mizoram elections. The ruling Congress party and the MNF contested in all the 40 constituencies while the BJP  fielded candidates in 39 constituencies.
For over three decades since 1987 Mizoram election has seen straight fight between the Congress and the MNF. The Congress and MNF have ruled the state on different occasions since 1987. But none of the two parties has been able to form the government for the third consecutive term.