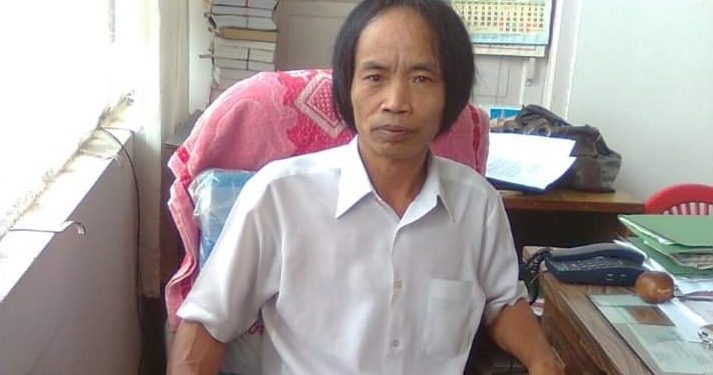 Renowned judge of Mizoram and former presiding officer of Motor Accident Claims Tribunal (MACT) Khiangte Lal Liana well known as K L Liana passed away at his residence in Aizawl’s Tuikual North on Monday afternoon after battling with cancer for about 20 years.

He is survived by his wife and four children.

The lawyer was diagnosed with Non-Hodgkin’s Lymphoma (NHL) cancer in 2000.

Since then he has been undergoing treatment in several hospitals.

Later he was found suffering from respiratory problem and ulcer.

His condition deteriorated from June 25 and finally breathed his last on Monday.

After he had graduated in Arts, K L liana was appointed as an additional magistrate of the additional subordinate district council court, Tlabung in Lunglei on 1983 without obtaining a degree in law.

When Aizawl Law College was opened in 1983, he got himself admitted in the college and obtained a law degree in 1989.

He was exalted to the selection grade district and sessions judge in June 2013.

He retired on superannuation from the post of the presiding officer of MACT in December 2019.

He was laid to rest on Monday.